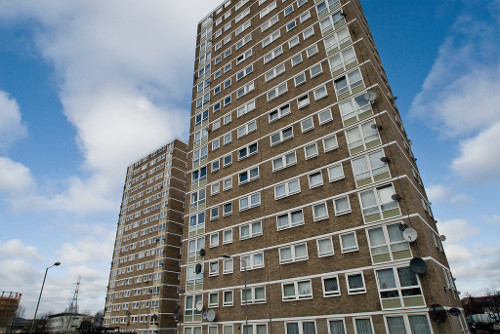 When David Cameron announced a ‘re-invigoration’ of Margaret Thatcher’s flagship Right to Buy policy at the 2012 Tory party conference, many observers of the UK’s burgeoning housing crisis were dismayed. Despite assurances by the prime minister that sold council homes would be replaced on a one-for-one basis, the consensus view was that the policy would further weaken an already shrinking social housing sector.

The reality to date has not matched the pledges. Since 2012, 22,900 council homes have been sold with just 4,800 replacements started and 10,000 planned, illustrating both the failure of the policy and the inelasticity of housing supply in the UK.

So this week’s announcement that the policy might be extended to the country’s 2,000 charitable housing associations, which manage around 2.5m social homes, or around 60 per cent of the total, underscored the government’s commitment to presenting a Thatcherite manifesto to the electorate in May.

It further confirmed that the government wants to see social housing wither on the vine, as part of a wider erosion of the welfare state that faces massive cuts within the first two years of a Conservative-led government. The plan is to force more low income households into unsustainable home ownership – have we learnt nothing from the financial crisis of 2008 and the housing bubble that proceeded it? – while promoting buy-to-let and expansion of the private rented sector.

It is estimated that one third of ex-council homes sold since 1980 are now in the hands of private landlords who are able to charge much higher rents, often supported by housing benefit, than the former social rents. Coincidentally, more than one quarter of Tory MPs are private landlords.

Senior Tories like Iain Duncan Smith, who a couple of months ago floated the idea of gifting social homes to tenants who moved into employment, are the most ardent advocates of forcing housing associations to offer their homes for sale to tenants at large discounts – perhaps around £30,000.

Yet as commentators have pointed out, the government is on dodgy legal ground by extending the Right to Buy to housing associations since they are independent housing agencies and not part of the state housing apparatus. Despite receiving considerable state subsidies since 1974, housing associations now raise most of their funding for new housing from the private financial sector. This was supported by the Thatcher, Major and Blair governments since it kept this substantial housing investment off the national balance sheet as borrowing.

John Harris in yesterday’s Guardian underlined the problems the policy will present to housing associations and future investment in affordable and social housing:

“Housing associations would have no real control over their asset bases and projections of their future revenue. Business plans would go out of the window and they would be less able to borrow money to finance building new homes.”

As social housing campaign group SHOUT constantly points out, the UK does not have enough social housing to meet current needs, with 5m people on local authority waiting lists and homelessness on the rise. Privatising precious public housing assets would further deplete the social housing stock: there are 1.5m fewer social homes today than in 1979 against a population one fifth larger than back then.

The government’s inability to ratchet-up housing supply, especially affordable and social housing supply, pushes back ever further the bare minimum 240,000 homes needed every year for the foreseeable future predicted by a raft of housing economists.

The proposed extension of the Right to Buy, clearly aimed at attracting blue collar workers in key marginals to the Tory banner, will do nothing to tackle a growing backlog of housing demand and will not enable the country to cope with future housing need.

Kevin Gulliver is director of Birmingham-based research charity the Human City Institute and chair of the Centre for Community Research. He writes in a personal capacity