Settling down and ‘fitting in’ are valued deeply by migrants and long-settled residents alike. 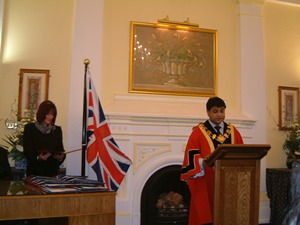 Here’s some good news: the number of migrants seeking British citizenship has boomed over the past decade.

That was not how the Times reported it this week of course. They, in the way of much of the media on immigration issues, complained of passport ‘giveaways’ and ‘soft touch Britain’.

In fact, while citizenship numbers have been growing – nearly 200,000 thousand people from overseas became British citizens in 2012, and more than 2 million have done so since the turn of the century – the British government has been raising the bar for those seeking naturalisation.

Since 2004, the cost of applying for British citizenship has escalated significantly. At just under £1,000, the fee is almost five times the cost of German or Canadian citizenship. Conditions have also been tightened to include a demanding English language exam, a ‘good character’ requirement and a challenging ‘Life in the UK’ test.

So why have migrants not been put off? There are some practical benefits to naturalisation. The main is undoubtedly peace of mind (we can assume that the feverish debate about migration and Britain’s position in the EU may is being factored in by the growing number of migrants seeking British citizenship).

But other more symbolic factors are also at play: being able to exert democratic rights, wanting to share the nationality of a British partners or children, simply feeling a sense of belonging.

Still, it may not be obvious why an increase in migrants becoming British citizens is cause for celebration at time when the migration debate is so divisive.  The clue to why this is true lies in the now well evidenced fact that British people, contrary to received wisdom perhaps, strongly  favour settlement over temporary migration.

This was born out again in a poll published by British Future this week. It showed that a significant majority of British people (63 per cent) prefer permanent settlement over guest worker schemes. IPPR’s research has also confirmed that settling down and ‘ fitting in’ are valued deeply by migrants and long-settled residents alike.

Meanwhile surveys of naturalised migrants also show that they tend to feel a higher affinity to Britain than natives.

By contrast, the transience and churn which the public  have come to associate with a lot of EU migration has helped drive anxiety about issue.

All these factors combined mean that as migrants settle and become citizens we might expect the tensions caused by high migration to be reduced.

At present all the policy focus is on trying to further restrict migration. That’s understandable given the current political climate, but at some stage policy makers need to look more at how the migrants that are already here – and the ones who will continue to come in future – fit into our society more easily.

Part of that should include making the naturalisation process more meaningful and less transactional and top down. Those seeking citizenship should be encouraged to become active members of their communities through a systems of incentives (such as a reduction in fees for those who actively volunteer in the community).

Citizenship ceremonies should be localised and performed at the heart of neighbourhoods with the active participation of local residents, rather than behind closed doors in town halls. Tests should focus on the practicalities of living in Britain, not on knowledge of historical facts which can easily be crammed from the many manuals available online.

And the considerable fees which are being levied should be reinvested into ensuring that British people and new citizens build a shared life together n the communities where they live.

Such reforms should not be viewed as a way of reducing migration numbers. As the recent trends demonstrate, powerful forces are at play which drive migration and incentivise people to seek naturalisation. But they would contribute to wider, and arguably more meaningful, goal: building a strong society where people feel like they can play an active role.

29 Responses to “More migrants are becoming British citizens. And it could help to calm concerns about immigration”