With three declared candidates so far, Left Foot Forward gives a snapshot of those who hope to take the reigns as leader of the Scottish Labour Party. 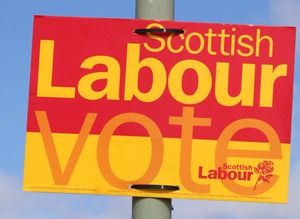 With three declared candidates so far, Left Foot Forward gives a snapshot of those who hope to take the reigns as leader of the Scottish Labour Party

Undoubtedly the most well-known name in the race, the shadow international development secretary and MP for East Renfrewshire was believed to have had a good referendum campaign, visiting 100 towns in 100 days with his trusted Irn Bru crate.

A supporter of the Iraq war, Murphy remains associated with the Blairite wing of the party which may cause the party problems when faced with an attack on its left flank from Nicola Sturgeon and the SNP more widely.

Speaking to the Daily Record today, his ambitions are quite clear – “I’m applying for the job of first minister”, he said.

Pledging to bring the party, and more importantly the country together following the referendum, he explained:

“I am not going to shout at or about the SNP, I am going to talk to and listen to Scotland and I am very clear that the job I am applying for is to be the first minister of Scotland.”

Call for the energy shown during the independence campaign to be harnessed now to address some of the major challenges Scotland faces, he made clear that his priority would be to tackle the “gross inequalities in Scotland. To deal with the generational poverty”. He called also for a debate about “how we protect the NHS, how we improve our schools and how we end that sense of hopelessness that some people have”.

Boyack’s decision to stand for the leadership took many people by surprise, but perhaps it shouldn’t have done.

One of Scottish Labour’s most senior MSPs, she has been at Holyrood since the Scottish parliament was first established in 1999, serving under the first first minister Donald Dewer as minister for the environment, planning and transport.

Having lost her Edinburgh Central constituency seat in 2011 to the SNP, she never the less found herself in the Scottish parliament again as a list member for the Lothian Region.

Following the SNP’s victory in 2011, she was appointed by Ed Miliband – alongside Jim Murphy – to undertake a full review of Scottish Labour to understand what went wrong and what needed to change.

Calling for a “constructive” conversation about how both the country and Labour moves forward, she said on announcing her candidacy:

“I want to make sure we take the opportunity to have a constructive conversation about the country and taking Labour forward; we had a huge democratic debate in this country over the last few months and we have to continue that debate.

“People are looking for ambition and vision, and I think that is what the Scottish Labour party is about. We need to look at not only where power lies, but how we use that power for everybody.” 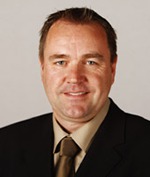 First elected in 2011 as one of the list members for Lothian, Findlay is ironically the one candidate who didn’t really want to be in the contest.

Appointed as shadow health secretary at Holyrood in 2013, he initially called for Gordon Brown to stand, putting his name forward only after the former prime minister ruled himself out as a candidate.

A former teacher in Falkirk, Findlay will be the standard bearer for the left in the contest, with the Scotsman having reported that “sources close to Mr Findlay” had argued that it would be “unacceptable” if Jim Murphy were to be elected leader.

In a sign of the direction he would want to take the party in, even before Johann Lamont resigned, he took to the pages of the Morning Star to argue that Labour needed to tack to the left to tackle the threat now posed by the SNP. He said of Scottish Labour that “anyone who thinks that we can take on the SNP from any other position than firmly to their left needs to re-enter this world from cloud cuckoo land”.

Among a number of policies he called for where a commitment in principle to a policy of full employment; establishing a new national house building programme to build new social housing on a “grand scale”; greater efforts to promote the living wage through the use of government and public sector contracts; a wholesale review of the NHS; and establishing a charter of workers’ rights.

He concluded his article:

“Those on the left should remember this. The SNP is not a social-democratic party. It is a nationalist party that is at the same time populist. It seeks links with the trade union movement — but also with big business. Its economic policy documents show it to be essentially neo-liberal, ultimately defending the privileges of the market.

“This is the open goal for the Labour Party. Policy is the key to our future success — let’s start to build that radical policy programme now.”