There was a 30 per cent increase in reported incidents of sexual harassment on the capital’s transport system this year compared to last. 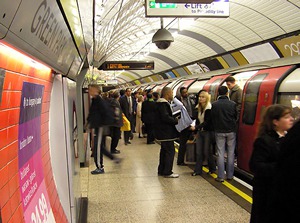 This week I questioned London Mayor Boris Johnson and TfL commissioner Peter Hendy about the rise in sexual harassment on London’s transport system and demanded that TfL take a proactive approach to this problem. Labour Members had first raised this issue more than two years ago.

So while it’s disappointing that it has taken this long for the Mayor to finally confirm that TfL is taking concrete steps to tackle the issue, I welcome his admission that things must – and will – change.

Indeed, the figures I presented the Mayor with yesterday are stark. In April to June this year, compared to the same period in 2013, there was a 30 per cent increase in reported incidents of sexual harassment on the capital’s transport system.

Statistic like this are often debated as hard to interpret – as not black and white. The predictable (and sometimes legitimate) response is that as more of these crimes are reported and are made public, this gives confidence to more victims to come forward, thus creating a cycle of rising reportage that should in fact be welcomed.

But the evidence suggests that this cycle is not the only reason for the increase. In fact, a TfL crime survey for 2013/14 found that, of respondents that had suffered sexual harassment on the transport network, 96 per cent of victims did not report the incident.

This figure was actually an increase on last year’s proportion (90 per cent), indicating that less people are actually coming forward after suffering sexual harassment, and suggesting more people are encountering it.

The increases in sexual harassment on London transport is a repugnant trend. The issue has certainly shot into the public limelight in the past couple of years, with tales of passengers being assaulted or exposed to lewd behaviour from fellow commuters.

But while the data for the last three months is shocking, the spike is not a new phenomenon – figures show that there has been a 29 per cent increase in sexual harassment across the Tube and DLR since 2008.

To be fair to the authorities, progress has been made. A campaign by the British Transport Police, Project Guardian, is designed to raise awareness of harassment and to encourage victims to report crimes.

But I’m disappointed that the Mayor and TfL haven’t done more, sooner, to raise awareness of this issue.

My colleague Jennette Arnold OBE AM first raised the issue of sexual harassment on London’s transport system with the Mayor and Peter Hendy back in 2012. Ms Arnold had called for the successful publicity schemes introduced in New York to be replicated, which ran a zero tolerance poster campaign clearly stating how “Sexual harassment is not acceptable, will not be tolerated, and we will press charges on behalf of our passengers”.

Two years on, and again I put it to the Mayor and Mr Hendy that an awareness campaign was sorely needed. Thankfully, yesterday Boris mumbled in agreement that “we certainly will (introduce a poster campaign)…We will be having a very pro-active campaign on that”.

I am glad that Boris and TfL have finally woken up to the fact that these figures are simply unacceptable, and while I am disappointed it has taken this long for the Mayor to take notice, I welcome the fact that he will finally take action.