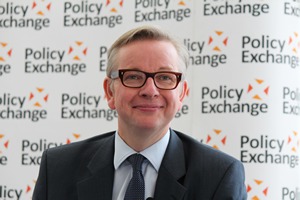 Last week I blogged about fraud at the Haberdashers’ Aske’s Federation, an academy chain favoured by Michael Gove. Yesterday the Daily Mail named a suspect and revealed the theft amounted to £4.1 million, making it the largest school fraud ever, in the UK or elsewhere.

The crime raises some questions about the integrity of Michael Gove. But for me it also exposes Labour’s lack of policy on academies and free schools.

The crime itself was committed over several years, but not discovered until October 2012. In summer 2013 the Haberdashers’ Aske’s Federation won a civil case to recover its assets.

But nearly two years on, no-one has been charged with a crime and not a penny has been paid back to the school.

While rumours about the fraud had been circulating for many months, the first official statement to parents came in June 2014, in a letter that requested they did not talk to the press.

Schools are not financially complex organisations; essentially they undertake one role which is teaching children. Their expenditure is largely wages and teaching materials. The fraud raises questions about the rigour of annual audits that academies require and the checks made by the Department for Education (DoE).

The Haberdashers’ Aske’s Federation is a chain of three south London academies and a free school. It is presently bidding to build another academy on a disused hospital site in East Dulwich, in a move that has divided the local community. The Federation’s chief executive was – until May 2011 – Elizabeth Sidwell. She was then appointed as Michael Gove’s School Commissioner for England.

The fraud was largely committed while Sidwell ran the Federation. A source in the DoE has told me that Michael Gove knew about the fraud in 2012. (Given its size and the involvement of his school commissioner, it would be odd if he did not).

It is unusual there has been no investigation by the Education Funding Agency, nor the DoE’s own Independent Audit Investigation Team. It feels as if an inconvenient truth has been hidden and I would like to know what Michael Gove knew and when and the action that he took.

The Haberdashers Aske’s fraud also exposes Labour’s lack of policy on academies and free schools. Over the last year, many have had their poor educational standards exposed by Ofsted. Free schools are currently failing inspections at three times the rate of local authority schools. Financial mismanagement seems depressingly common. Academies and free schools are criticised for their poor links to parents and communities.

While school place shortages grow in southern England, the Local Government Association believes that the government’s focus on free schools is not providing the help in the right areas.

Yet Labour has remained largely silent on academies and free schools, save a policy to appoint another layer of bureaucracy in the form of ‘school standards tsars’. These officials would provide local oversight of schools, although critics say that their role would duplicate Ofsted. In short, Labour comes over as Tory-lite, when it comes to academies.

But there is a way forward. Outside education, Labour policy on public service reform has focussed on the relational state. In the past users of public services such as health and education felt that these services were ‘done’ to them by a heavy handed state. When standards slipped, governments have relied on centralised bureaucratic tools or reorganisation to address inadequacies.

Instead, organisations such as IPPR are arguing that power should be given back to local communities and to service users. In education such an approach should surely mean that that academies and free schools should be more accountable to elected local authorities and to families. Arguably, local authorities should be responsible for school place planning and admissions, as well providing oversight of all schools and a first port-of-call when it came to complaints.

This could be achieved without sacrificing their curricular freedoms and innovation of academies and free schools.

Writing this has been hard. I have a child at a Haberdashers’ Aske’s school and friends have warned me not to rock the boat ‘lest it reflect on my child’s education’.

I have no complaints about his school and he has some great teachers.

But this unfortunate event has highlighted the weaknesses of academies and free schools. All those concerned with education need to learn from the Haberdashers Aske’s debacle and move forward.