Thinking of voting for UKIP tomorrow? If you care even a jot about the rights of women, think on. 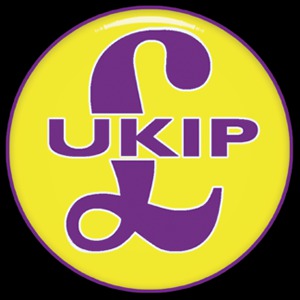 Thinking of voting for UKIP tomorrow?

If you care even a jot about the rights of women, think on.

Here are 15 reasons why women (and men who believe in equality of the sexes) should sooner drink poison than vote for the Kippers tomorrow.

2. UKIP want to scrap paid maternity leave (in line with Lesotho, Swaziland, the US and Papua New Guinea).

3. UKIP want to make it legal for employers to discriminate on the basis of gender (as well as race).

4. This would also entail the scrapping of employment regulations against sexual harassment and safeguards for part time and irregular workers, the majority of which are women.

5. Nigel Farage informed City high flyers that they are “worth less” to employers if they become mothers or that motherhood is a lifestyle choice.

6. Patrick O’Flynn, MEP Candidate, also say that pregnant women in the workplace are a “disaster”.

7. UKIP’s MEPs have consistently failed to represent the interests of women. They have voted against or simply not turned up to key votes in the European Parliament on ensuring equal pay, combating violence against women and ruling out FGM, to name but a few.

8. Since the 2009 European Election UKIP’s only two female MEPs, Nikki Sinclaire and Marta Andreasen, have both left the party. Andreason said Farage “doesn’t try to involve intelligent professional women in positions of responsibility in the party. He thinks women should be in the kitchen or in the bedroom”. Nikki Sinclaire won an Employment Tribunal claim for sex discrimination against the party.

9. Roger Helmer, UKIP MEP and candidate in the Newark by-election, said, “Rape is always wrong, but not always equally culpable.”

10. Godfrey Bloom, a former UKIP MEP, was not reprimanded for hugely sexist statements such as, “[feminists are] shrill, bored, middle-class women of a certain physical genre” and, “Women, in spite of years of training in art and music – and significant leisure time in the 18th and 19th Centuries – have produced few great works”

11. Stuart Wheeler, the party’s treasurer, said that women were “absolutely nowhere” when they compete with men in sports where they are not physically disadvantaged. He said, “I would just like to challenge the idea that it is necessary to have a lot of women or a particular number on a board… Business is very, very competitive and you should take the performance of women in another competitive area, which is sport where [men] have no strength advantage.”

12. In November 2013, UKIP MEP, Stuart Agnew said (in a debate on women in the boardroom) that “Women don’t have the ambition to get to the top, something gets in the way. It’s called a baby… Those females who really want to get to the top do so”.

13. David Chalice , a senior party official in Exeter, has voiced his belief that women should stay at home and that “cash-strapped Moslems” should have multiple wives.

14. Demetri Marchessini, the party’s sixth-largest individual donor in 2013, said there was no such thing as marital rape, arguing: “If you make love on Friday and make love Sunday, you can’t say Saturday is rape.” He also claimed women should be banned from wearing trousers because they “discourage love-making”.