Average NHS workers have had a 10 per cent real terms pay cut since this government came to power in 2010. 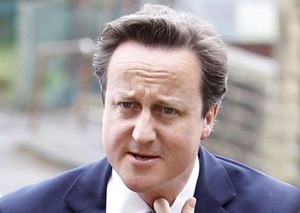 This is turning into a terrible week for the NHS. Following the Commons vote for the hospital closure clause on Tuesday, the government today once again showed its contempt for NHS staff with a derisory response to the recommendations of the NHS Pay Review Body.

With characteristic disregard for evidence-based policy, secretary of state for health Jeremy Hunt announced this morning that the government would reject the carefully considered recommendations of the independent NHS Pay Review Body and opt to impose a pay freeze for the majority of NHS staff covered within the Agenda for Change agreement (nearly all staff excluding doctors and dentists).

This means that well over 50 per cent of staff and up to 70 per cent of nurses and midwives will receive no cost of living pay award this year. Hunt also announced that this approach would be replicated next year.

This will have a huge impact on morale among the NHS workforce that is already shaken by the combination of five years of pay restraint, top-down restructuring, hostile press briefings and outsourcing. Average NHS workers have had a 10 per cent real terms pay cut since this government came to power in 2010.

The Pay Review Body report specifically addressed this point, raising fears about the potential impact on patients, when it stated:

“In particular, we recognise the connection between quality patient care and the morale and motivation of the staff delivering that care. Our conclusion was that government statements have led staff to expect a pay settlement this year of around 1 per cent. If these expectations were to be dashed, patients would be impacted through declining staff morale and engagement.”

This is a further insult at a time when David Cameron is talking up the benefits everyone is supposedly enjoying from economic recovery. While it’s true that pay prospects are improving more broadly, the public sector worker is once again being shackled with real terms pay cuts.

Of course, both Jeremy Hunt and chief secretary to the treasury Danny Alexander have been spinning it that all staff will be receiving the promised pay rise as many will continue to benefit from pay progression.

But as the PRB itself acknowledges, this is a separate issue. Pay progression is merely a staggered way that workers progress to a given rate for the job, it is based on the accumulation of skills and experience and, since April 2013, has been explicitly linked to appraisal and competency.

As such, pay progression in the NHS is the fairest, most transparent and most cost effective way of managing performance and productivity in such a large and complex service and mirrors similar schemes employed in private sector firms like Fords, BAE Systems, E.ON and HSBC.

That the government are so keen to spin it otherwise demonstrates their contempt not only for NHS workers deprived of a pay award this year but also the collectively agreed terms and conditions within the NHS, reflected in their equal disregard for the process of the Pay Review Body whose recommendations they so readily dismissed.

Jeremy Hunt contends that pay restraint will save jobs and achieve savings that will be recycled into front line care. But five years of pay restraint hasn’t stopped this government making over 7,000 key clinical staff redundant since it came to power.

And while it is true that holding back pay has been one of the few ways that the NHS has come close to finding some of the £20bn ‘efficiency savings’ required by the ‘Nicholson Challenge’, serious questions remain about how much of this has been recycled into front line services. As John Appleby of the Kings Fund put it:

“Presumably, we are saving admin costs not because we like to save admin costs but because we face the need to provide more hips and do more. It is about spending that money on something else. My point about the reporting, in a sense, is that we do not quite know where the money has gone.”

Ultimately pay restraint is unsustainable in the NHS and it is not just health unions making this point.

The Commons Health Select Committee states that the “future of the health and care system cannot be built on an open-ended pay freeze”, the Kings Fund tell us that the ability to achieve sustainable savings through pay restraint is “limited” and cannot be a “substitute for achieving long term productivity gains” and, in the Health Service Journal (HSJ) recently, Dean Royles from NHS Employers acknowledged that the time had come to find a way out of prolonged pay restraint.

This government has never been a good listener when it comes to the NHS and Hunt’s insistence on pushing through pay caps into 2015/16 shows he is deaf to informed opinion. We may well have reached the tipping point on NHS staff morale; we’re fast approaching the stage where we hit recruitment and retention crises.

If the government has the remotest interest in finding a sustainable future for the NHS, we need them to stop making the NHS workforce bear the brunt of its ceaseless austerity drive.