Having challenged the energy companies and Rupert Murdoch, Ed Miliband will now turn his attention to tackling concentrations of power within the state. 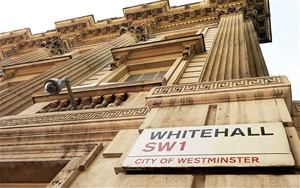 This addresses what has been perceived to be a major gap in Labour’s policy prospectus: public service reform.

In part this gap is understandable: ever since the economic crash the focus of public debate has been on the economy and living standards.

However, having faced criticism for its record on the public finances, it is vital that Labour shows it can deliver better services at a time of shrinking budgets.

One important means to achieve this, as Miliband’s speech recognises, is to break up the power of England’s heavily centralised state.

As IPPR shows in a major new report published this week, we face a growing range of complex social problems, including long-term unemployment, chronic disease and anti-social behaviour, that cannot be effectively tackled by delivering services in centrally controlled silos from Whitehall.

Take for example the failure of the Work Programme to help the long-term unemployed who are sick or disabled into work.

This programme contracts out employment services to private companies who are paid for getting claimants into jobs. However those providers have no control over the things which prevent many of the long term unemployed finding work, such as low skill levels, mental health problems, family problems and so forth.

To tackle these complex cases employment support needs to be integrated with other services locally. This requires a devolution of these budgets out of Whitehall and towards England’s towns and cities.

Devolving pooled budgets will also allow for much more creative solutions to the problem of shrinking budgets. Rather than simply cutting large percentages off departmental budgets, the next spending review should push service budgets down to city regional and local authority level.

These budgets can then be brought together and, combined with longer five year financial settlements, funding can be brought forward to invest in preventing problems from occurring in the first place.

So, for example, by bringing together health and social care budgets, local areas can invest in supporting older people to stay safe in their homes, rather than paying for avoidable and expensive hospital visits.

This is a better way of dealing with austerity than another round of centralised salami slicing.

But as Miliband recognises, the empowerment question cannot just be about taking power from Whitehall and handing it to town halls.

Sometimes this can be at the individual level, such as with personal care budgets which have unquestionably improved the autonomy of many elderly and disabled people in receipt of care.

But there also need to be opportunities for citizens to collectively challenge poor provision: taking your child out of a school, where they have developed close friendships and which may be closest to home, is hard to do.

Parents need to be empowered to challenge poor standards together: IPPR will argue in a forthcoming paper that parents should be able to petition school commissioners, at city regional level, to intervene to raise standards.

These reforms will not be easy: they will mean challenging the entrenched power of Whitehall and they require that Westminster politicians give up the temptation to intervene when they don’t agree with decisions made locally.

But we have little choice if we are to empower citizens, find more creative ways of dealing with austerity and tackle the more complex challenges we face.

Rick Muir is associate director for Public Service Reform at IPPR. IPPR’s new report ‘Many to Many: How the relational state will transform public services’ will be published on Wednesday