The deputy leader of Westminster Council has caused anger after claiming that a 'basic' first-job salary is in the region of £50,000 to £80,000. 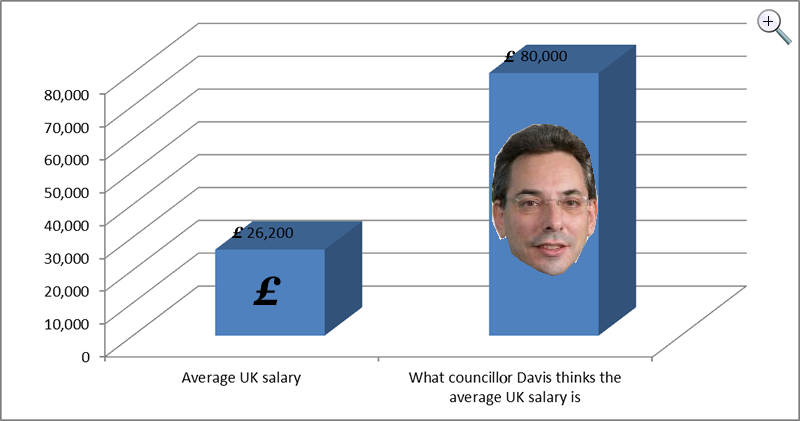 The deputy leader of Westminster Council has caused anger after claiming that a ‘basic’ first-job salary pays in the region of £50,000 to £80,000.

“What we really need is affordable housing, not just social housing, for people who are in their first job, have just got a basic, simple job and a salary of £50,000 to £80,000 a year.”

Cllr Davis made the comments during an interview with a PR company that specialises in working with property developers.

In reality, anyone earning over £50,000 would be in the top 10 per cent of earners, and the top 30 per cent in Westminster. The average full-time employee in the UK earns £26,200 according to the latest figures from the Annual Survey of Hours and Earnings, while the average basic graduate salary is between £27,000 – £29,000.

Fellow Westminster councillor David Boothroyd said it showed “the sections of society the council leadership is in touch with”.

“With everyone else, they’re not so much out of touch, as completely cut off,” Mr Boothroyd said.