Spanish right-wing ruling Popular Party "laments the loss of Nelson Mandela" on its Twitter account. A few months earlier they voted against naming a street after Mandela - a street called "July 18" (in honour of the day Franco rose against the Republic in 1936). 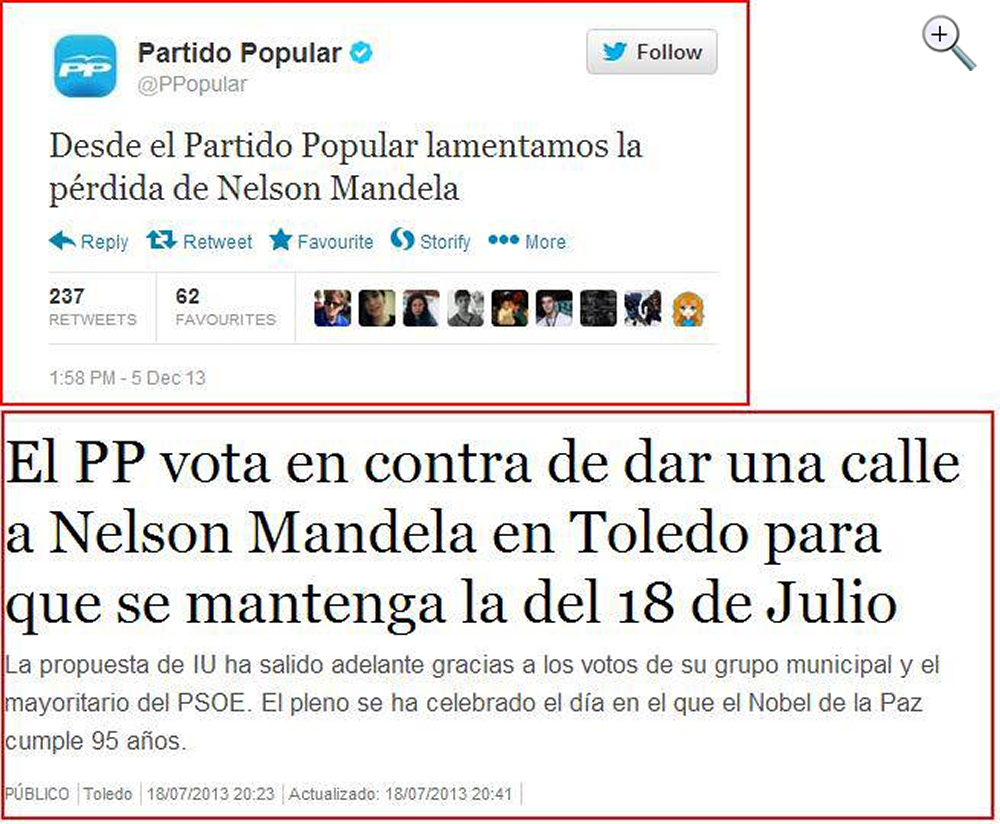 Amidst the general global outpouring of grief last week at the passing of Nelson Mandela, Spain’s ruling Popular Party lamented the loss of Mandela on its Twitter account.

‘The Popular Party mourn the loss of Nelson Mandela’, the Tweet on Thursday read (see below).

And yet a few months earlier in July, while Mandela was still alive, albeit seriously ill, the right-wing Popular Party voted against naming a street after Madiba. Instead, the party voted for the street in question to retain its name – ‘July 18’ – in honour of the day Spain’s former dictator General Franco who rose against the Republic on that day in 1936.

During 40 years of dictatorship, around 35,000 people are believed to have died at the hands of Franco’s regime, without trial or after courts martial.

Opposing Mandela while he is alive and expressing cringeing piety when he is dead. Now who does that remind you of?

Three things we disagreed with Mandela on

Mandela’s legacy across the nations