Conservative party MEPs have voted with the BNP to oppose a resolution supporting womens' sexual and reproductive health across Europe. 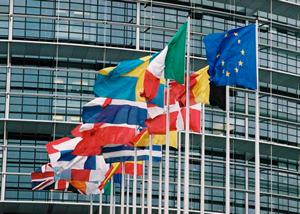 Tory MEPs have voted with the BNP in the European Parliament against a resolution supporting womens’ sexual and reproductive health after caving in to pressure from ‘pro-life’ activists.

Four Tory MEPs yesterday voted against a report which called for a rights-based approach to access to sexual and reproductive healthcare that is free from discrimination, despite the fact that even UKIP MEPs backed it.

The Tories were also criticised for the manner in which the debate was conducted. Mary Honeyball MEP, Labour’s European spokesperson on women’s rights, called the behaviour of some Tory MEPs “absolutely disgraceful”, describing scenes of “boorish Tory men shouting and bullying members who are discussing serious issues around women’s right to choose”.

“Today we saw David Cameron’s Tories vote with Nick Griffin and the fascists against the rights of women. Not even UKIP voted with the BNP on this,” she added.

Previously Conservative, UKIP and four Lib Dem MEPs were instrumental in obstructing the progress of the report by referring it back to the committee stage and trying to block MEPs from voting on it.

“I deeply regret the decision taken today. On several occasions, this Parliament has recognised the right for everyone to make their own informed and responsible choices on their sexual and reproductive life,” she said.

“The draft resolution was approved by the women’s committee with a strong majority of 17 votes in favour, 7 abstentions and 7 against. By not respecting the outcome of the vote in parliamentary committee, the conservatives want to set women’s rights back 30 years.”

No wonder that in a recent poll 42 per cent of women said they would vote for Labour, compared with just 29 per cent who would back the Tories