Energy policy faces serious problems; what is required is a clear and genuine argument which tests our understanding of the nature of the problem we face and sets out our best possible course of action. 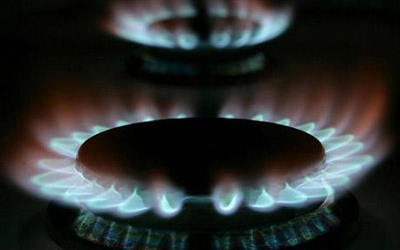 The public debate over energy policy needs engaged argument. Former head of Friends of the Earth, Tom Burke, was quoted in The Observer at the weekend as saying that ‘the real power is how [the energy companies] shape the discourse through the media’, that is to say that they seek to alter the terms in which energy policy is discussed and argued over.

Indeed, the recent exchange of open letters between Ed Miliband and heads of energy companies provides evidence which suggests that attempting to alter the terms of the debate may be taking precedence over genuine engagement with the arguments put forward by Miliband.

The reply from E.ON UK’s chief executive, Tony Cocker, for example, misrepresents the content of Ed Miliband’s letter and ignores its claim that energy markets have failed. Instead, Cocker’s letter attempts to classify a whole range of energy sector costs as ‘tax’ and thereby shift blame for high energy bills to government.

Let me take each of these in turn.

A devastating rebuttal, one might think, to take each of Miliband’s three main points and show how he is mistaken to suggest that these ought to be issues of current concern.

But Miliband’s letter makes no such calls.

Miliband’s does not call for “supply and upstream businesses to be run separately”; nor does it call for E.ON UK to buy “energy on the markets”, nor yet call for E.ON UK “to be fair and reasonable” in “pricing and profit levels”. None of what Cocker claims to be the content of Miliband’s letter is actually in the letter.

In fact, Miliband argues for the need “to rebuild public trust in the energy market” through new legislation, which would “build competition and transparency into the market”, and for moves that would ensure that the “prices paid by consumers do not rise” before the legislation came into force.

Cocker’s letter also ignores Miliband’s claim that there is a problem of market failure. Cocker makes no mention of markets at all, neither refuting nor affirming Miliband’s assessment of the nature of the problem.

What a genuine debate needs is clear argument over the nature of the problem. What we need to discover is whether the market has indeed failed or not. In ignoring the charge of market failure, rather than engaging with the argument, Cocker does not move the argument on.

Third, that Cocker’s letter attempts to classify a whole range of energy sector costs as ‘tax’ and thereby shift blame for high energy bills to government. He writes that:

“Successive governments have collected taxes for different schemes through energy bills…At a stroke you could remove a large cost from energy bills simply by moving these costs to general taxation.”

Another way of looking at this is that successive governments have had to step in order to address pressing energy sector issues of carbon emissions, localised pollution, inefficiency, finite energy resources and so forth. They are pressing the energy industry into modernising the conditions of energy production, distribution and consumption.

By classifying the various means by which governments have done this as ‘tax’, Cocker fails to distinguish between actual tax, levies aimed at altering behaviour, and the costs of socially responsible modernisation. This is an oversimplification and the use of this label attempts to shift liability to the tax payer without setting out reasons for why this should be.

The quality of the debate is undermined by Cocker’s response and its refusal to engage with the arguments that Miliband has put forward. E.ON is not served by this reply because it looks evasive. On the evidence of this letter it does indeed appear that attempting to alter the terms of the debate may take precedence, for some, over genuine engagement.

Energy policy faces serious problems; what is required is a clear and genuine argument which tests our understanding of the nature of the problem we face and sets out our best possible course of action.