Ed Miliband's announcement today on an energy freeze is not only a radical policy, but it also places David Cameron in a very awkward position. 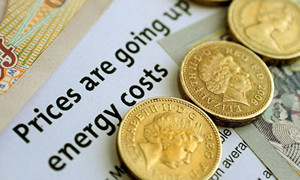 Ed Miliband’s announcement today that he will freeze energy prices for 20 months should Labour win power in 2015 will, if the polls are anything to go by, be welcomed by a majority of voters.

According to polling data, more than eight out of 10 UK consumers feel energy suppliers maximise profits at the expense of customers, with utilities coming behind only banking, gambling, local councils and government departments in terms of their sheer unpopularity with the electorate.

If some polls are anything to go by, the public also appear to want even stronger action to bring down spiralling bills and curb the profits of the energy companies than that promised by Ed Miliband. In 2009, data showed that 31 per cent strongly supported the renationalisation of electricity, gas, water, railways and telecommunications, with 36 per cent slightly supporting renationalisation.

As with the Royal Mail and the railway network, while politicians still appear enthralled by privatisation, the public are more open minded about other models of ownership.

In terms of the policy of a price freeze announced by Miliband today, while the Tories and the big six energy companies will undoubtedly try to pour scorn on Labour’s plans, politically it will be difficult for David Cameron to position himself in opposition to the price freeze without being seen as in the pockets of the energy industry.

This will be made more difficult by the fact that, in a month or two, temperatures will start to fall and energy bills will begin to rise. According to recent reports, another round of energy price rises is said to be imminent, with the possibility of an extra five to 10 per cent going on the average annual bill.

It seems unthinkable that David Cameron would really be willing to position his party as on the side of the energy companies – and effectively in opposition not only to Miliband, but also to the millions of householders who will be hit with whopping bills in the months ahead.

And yet, the alternative is for Cameron to embrace a policy which goes against all his natural instincts as a conservative – unthinkable while his party battles to shore up the right-wing vote.

In this respect, today’s announcement on the energy price freeze ticked three important boxes: it was populist, progressive, and politically it puts David Cameron in a very difficult position.

9 Responses to “Will David Cameron really risk siding with rip off energy firms this winter?”