Regardless of what you think of Edward Snowden's actions (fairly honourable, in my view), the attempt to hide out in countries with some fairly questionable records on media freedom is raising eyebrows. 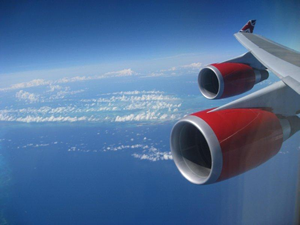 Regardless of what you think of Edward Snowden’s actions (fairly honourable, in my view), the attempt to hide out in countries with questionable records on media freedom is raising eyebrows.

Doesn’t a whistleblower need to be consistent in their denunciations of injustice? Is freedom for those outside the bubble of the West not just as important as it is for Facebook-serfing Americans and Europeans?

It’s easy for me to say this from my warm office in East London of course, but I believe the answer is yes.

Calling the American state out for breaches of civil liberties would carry more weight in my opinion if Snowden wasn’t sheltering under the wing of some of the worst civil rights abusers in the world.

Here is the state of media and internet freedom in the countries Edward Snowden has already spent time in as well as two more (Cuba and Ecuador) it is speculated he is headed for.

It doesn’t make for pleasant reading.

Blocks on foreign websites, close monitoring of online activity, every internet user in China having to register with service providers using their full name. These are just some of the challenges internet users in China face. Freedom House ranked China as the third most restrictive country in the world in terms of internet access, after Iran and Cuba.

The main methods used by the Chinese to control the net are the Great Firewall – a system that limits access to foreign websites – and the Golden Shield, a method of domestic surveillance set up in 1998 by the ministry of Public Security.

In July 2012 the Russian Parliament adopted a bill to establish a central register of banned websites. Experts say the aim of the bill is to control the country’s civil society and social networks.

In 2011 an official with the federal security service proposed a ban on Skype, Gmail and Hotmail here because their use was “uncontrolled”.

President at the time Dmitry Medvedev criticized the proposal. However a spokesman for prime minister Vladimir Putin said it was worth studying and called the FSB’s proposal “quite well-reasoned.”

Until very recently internet access in Cuba was severely restricted – most Cubans were only able to use a local intranet featuring government sites. Even for tourists access to the net in Cuba is both expensive and woefully poor.

If a Cuban citizen is able to gain access to a facility with internet access the cost is extremely prohibitive. An hour long web session can cost around $4 – almost a quarter of the average monthly salary.

“Cuba remains one of the world’s most repressive environments for the Internet and other information and communication technologies,” Freedom House wrote in its 2012 report entitled ‘Freedom on the Net‘.

Ecuadorian President Rafael Correa has presided over a gradual erosion of media and judicial freedom since he was elected president in 2006. His ‘new media law’, dubbed a gag law by human rights groups, gives the government greater power to regulate the media and called for the establishment of a watchdog which could impose fines and force public apologies.

The new bill allows Ecuador’s a government-sponsored body to sanction media outlets for not reporting news the government believes should be reported and levy fines for content the council believes is overly critical or untrue.
Activists have also noted a rise in Internet censorship, with the government shutting down or censoring new-media outlets such as Twitter when criticisms of the state have surfaced there.