Is Barack Obama as bad as, or even worse than George W. Bush? This question has been asked by many liberals since the Prism revelations. One way to answer this question is to look at a range of policies (torture, detention without trial, regime change, extra-judicial killings), figure out which is the 'Left' position and the 'Right' position, and then plot where Bush and Obama belong on the spectrum. 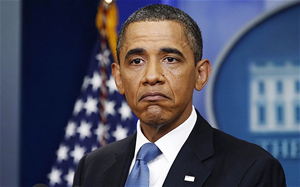 Is Barack Obama as bad as, or even worse than George W. Bush?

This question has been asked by many liberals since the Prism revelations.

One way to answer this question is to look at a range of policies (torture, detention without trial, regime change, extra-judicial killings), figure out which is the ‘Left’ position and the ‘Right’ position, and then plot where Bush and Obama belong on the spectrum.

But this rather tortuous exercise misses the point. It’s not Obama that’s the mystery – it’s Bush. Obama is an elected politician and that puts lots of restrictions (he wanted to be re-elected) and indirect restrictions (he is leader of a party that wants to win elections and will try to stop him being too unpopular) on his actions.

Obama defended the Prism programme, saying: “you can’t have 100 percent security, and also then have 100 percent privacy and zero inconvenience”, and so the debate has been framed around the trade off between the two.

So Obama tends to be wary of military interventions, particularly ground operations, as that costs the lives of American soldiers (who can vote and know lots of people who can vote), and money (that has to be paid for by the American taxpayer, sacrificed by American consumers of public spending or borrowed).

But he has authorised hundreds of drone attacks in Afghanistan and Pakistan that put American personnel in minimal danger. Ultimately Pakistanis and Afghans do not vote in American elections. And so extra-judicial killings continue, and he hasn’t managed to drive closing Guantanamo Bay through Congress, like he did with, for example, the healthcare reform, which will directly benefit American citizens.

In reality its George W. Bush that’s the puzzle, having pursued policies of expensive personnel-heavy regime change policy that would have a direct effect on the lives of American voters.

A direct parallel can be seen in the case of Palestinians directly affected by Israeli rule. Those Arabs who are citizens of Israel and have the right to vote benefit from governments of both Left and Right implementing positive discrimination programmes and economic interventions.

There’s still real problems – powerful state-aligned NGOs can still act in a discriminatory manner, and Arab councils don’t seem to be as successful as Jewish ones at securing funding. But basically Israeli politicians want votes, Arab citizens of Israel have votes, and so Israeli politicians are willing to promote the welfare of their Arab citizens.

Contrast that with Arabs living in the West Bank. They have literally nothing that Israeli politicians want. Not even, since the erection of the security barrier dramatically reduced terror attacks, a willingness not to engage in violence.

So while West Bank Palestinians see the experience of going through an Israeli checkpoint as degrading, humiliating, slow and an economically catastrophic experience, Israeli politicians marvel at how accommodating the process is. It is why the government won’t do enough to clamp down on illegal Israeli outposts; it is why it is politically so difficult to stop all settlement building – there is literally no self-interested voting constituency for it.

A similar situation faces immigrant rights in this country; and so we end up with an inhumane policy that separates breastfeeding mothers from their children, and single-earner native-immigrant married couples being split up if that single earner loses their job.

In the case of the Palestinian issue, a big step in the right direction would be if those Palestinians gained the right to vote – either as part of a Palestinian state or a binational Israel. But on issues like Prism and Immigration, it might just be the case that democracy stuffs progressive governance.