Doctors across Scotland have attacked the operation of the government’s welfare to work health assessments as "Kafkaesque", with GP leaders warning that Scottish doctors are being "flooded with additional avoidable work". 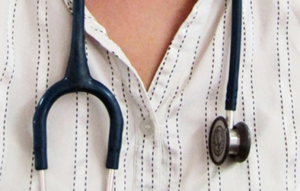 Doctors across Scotland have attacked the operation of the government’s welfare to work health assessments as “Kafkaesque”, with GP leaders warning that Scottish doctors are being “flooded with additional avoidable work”.

The UK government’s fitness-to-work benefits assessments have be controversial, with patients assessed by the private French firm Atos on whether or not they are fit for work or can still draw benefits.

A group of 40 leading medics in Glasgow, however, have co-signed a letter to encourage GPs to use regulations to challenge cases where declaring patients fit to work, under the benefits assessment system, would place them in danger of physical or mental harm.

The letter talks of the “suffering” of many of the most vulnerable patients caught up in what they describe as a “Kafkaesque system of ‘disability assessment'”.  It goes on to warn:

“Until the current system is entirely revised, there remains no safety protocol for the assessment of risk and the avoidance of harm to patients. There are no formal reporting mechanisms for GPs to report significant adverse events such as self-harm and suicides which many of us have witnessed.”

Dr Stephen Carty, medical adviser for the Scottish disability rights group Black Triangle and a GP in Edinburgh, has said that he has been “absolutely staggered” by some of the patients who have been told they should be employed following work capability assessments.

“He said in many cases they had severe conditions which could not be helped by medication, or were in the latter stages of advanced disease with a shortened life expectancy.

In the Sunday Herald this weekend, Mr Carty continued:

“I have had five patients who have had a serious attempt at taking their own life, where in my view, the fear related to a workplace capability assessment – or the outcome of the decision – was a significant contributory factor.”

He said he was concerned patients – who may lack communication skills or understanding of their condition – had to submit forms, while their GP was often not approached by the Department for Work and Pensions (DWP) for medical details.

“The UK government’s flawed approach to benefits reform and changes to the Work Capability Assessment are flooding GP practices across Scotland with additional avoidable work.

“GPs have been dragged into this process because of badly thought out policy and poorly designed systems which are impacting on general practice and having a serious effect on our patients and our relationship with our patients.

“We have been calling for some time for the UK government to make changes to the system so that the necessary information is sought at the initial assessment stage to avoid patients having to appeal inappropriate decisions.”

The development comes as ministers in Holyrood have warned Iain Duncan Smith that his welfare reforms are putting an intolerable strain on health services in Scotland.

The Sunday Herald reports that in a letter to the Work and Pensions Secretary, deputy first minister,  Nicola Sturgeon, and health secretary, Alex Neil, have warned that there is something “seriously wrong” with the capability assessments given DWP  figures showing that  37 per cent of the 39 per cent who appeal their assessments have won their case.

The letter, the Herald reports, notes the increased demand on GPs from patients for medical information to support appeals, which Scottish ministers argue is creating a “workload problem”, particularly for practices with a large number of benefit claimants.

“We are also aware some GPs do not provide information as the only fair way to manage an intolerable demand on them. This creates an inequity for those being asked to obtain information from their GP. We would recommend that the DWP undertakes urgent research on the demands that welfare benefit reform is placing on claimants and primary care.”

The letter goes on to raise concerns that the bedroom tax and new assessments for personal independent payments will “place even greater burdens on GPs in the future.”  The Herald has previously reported that some patients are asking GPs for letters to help avoid the bedroom tax, by confirming they need someone to stay overnight.