Right-wing think tank Bow Group has admitted that the privatisation of the Royal Mail would see the price of stamps rise and leave a "poisonous legacy" for the Tory party. 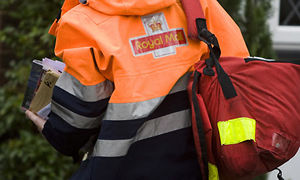 Right-wing think tank Bow Group has admitted that the privatisation of the Royal Mail could see the price of a stamp increase and Post Offices in rural areas close.

In a letter to every Conservative MP, group chairman Ben Harris-Quinney said privatisation could endanger “the financial stability of Post Offices” in rural areas by separating Royal Mail further from the 11,500-network.

“It is likely to be deeply unpopular with the British public, prices will rise at a time we can least afford it, an amenity that many communities consider crucial will be removed and a sell off will also impact on the significant heritage of Royal Mail,” the letter read.

This is contrary to the statements of Royal Mail Group, which last month dismissed claims that the cost of a stamp could rise to £1 as “speculation”.

But Mario Dunn, campaign director for Save Our Royal Mail, said those who most need Royal Mail were “the most vulnerable to its changes”.

“Older people are the most likely to stop sending letters and cards when stamp prices rise. Small businesses are very sensitive to price rises for packets and parcels. People in rural areas are most in need of the daily delivery service”, Dunn said.

In his letter to Tory MPs, Harris-Quinney also said:

“We have gone from an unheralded Act of Parliament to an equally unheralded privatisation without fully considering the impact this might have on the postal service itself, our national infrastructure and on our party.

“I believe we should apply some simple political tests before proceeding with this controversial sale – has the case for privatisation been made? Is it the best deal for the country? Is it popular with the public? Is it politically beneficial to our party? In all cases the answer is clearly ‘no’.

“Electorally it could be quite damaging for the Conservative Party, which might explain the lack of debate about the issue.”

The Bow Group is the oldest Conservative think tank in Britain, tracing its roots back to 1951.