With the CBI having already warned of the risks to industry of Britain no longer being at the heart of the European Union, a further uncomfortable truth surrounding the Conservative Party's increasingly isolationist rhetoric is now becoming apparent. 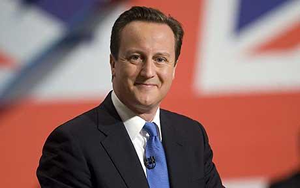 With the CBI having already warned of the risks to industry of Britain no longer being at the heart of the European Union, a further uncomfortable truth surrounding the Conservative Party’s increasingly isolationist rhetoric is now becoming apparent.

Polling conducted by Panelbase for the Sunday Times and Real Radio Scotland has indicated that faced with the prospect of the UK leaving the European Union, support for Scotland becoming an independent country rockets in favour of yes.

Asked “should Scotland be an independent country?” 36 per cent said yes with 44 per cent answering no, and 20 per cent saying they did not know.

Outlining the impact that uncertainty over EU membership is having on the prospects for Scotland breaking away from the union (with England that is), Ivor Knox, director of Panelbase explained:

“The prospect of the UK leaving the EU has little impact on those Scots who have formed a view on independence, but among undecided voters three times as many tend to support independence as oppose it, under those circumstances.”

Accusing Westminster of being dragged along by the UKIP agenda, SNP MSP Clare Adamson said of the polling:

“Plans for the UK to exit Europe change the terms of the debate – putting yes and no neck and neck at 44 per cent – because the Westminster system getting dragged along by a Ukip agenda underlines that it is out of touch with Scotland. It shows that only a yes vote puts the people of Scotland in charge of our own future.”

Having declared his “passionate” belief and support for the union between Scotland and the rest of the United Kingdom, one wonders how David Cameron’s commitment to this measures up against a European policy which is clearly turning voters away from the union in this country he is seemingly so committed to.

Nationally meanwhile, attempts by a plethora of Conservative ministers to argue that the party is in fact speaking from the same page on Europe is failing to convince the public, with a number of polls over the weekend clearly showing that the voters feel the Tories are a divided party.

According to polling by CromRes for the Independent on Sunday and the Sunday Mirror, 57 per cent agree with the statement that “the Conservative Party is more divided over Europe now than it was when John Major was Prime Minister” compared to 14 per cent who disagree. Data by YouGov for the Sunday Times meanwhile saw 71 per cent of respondents believing that the Conservative Party is, at presented, a divided party.