Despite being rejected by the House of Lords recently, the coalition’s discredited ‘shares for rights’ scheme, which allows workers to give up basic employment rights in exchange for company shares, was passed in the House of Commons by a margin of 277 to 239. 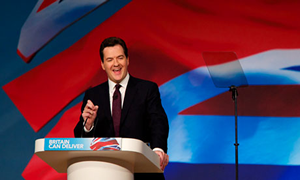 Despite being rejected by the House of Lords recently, the coalition’s discredited ‘shares for rights’ scheme, which allows workers to give up basic employment rights in exchange for company shares, was passed in the House of Commons by a margin of 277 to 239.

Business minister Michael Fallon said the scheme would be “wholly voluntary” and unveiled a concession that he said would ensure that anyone on Jobseeker’s Allowance would not be sanctioned for refusing to accept a job offer contingent on participation in the shares-for-rights scheme.

However, the TUC’s Frances O’Grady said the decision not to accept the decision of the House of Lords as defying logic.

“This proposal should have been quietly killed off. It has no support among employers and was heavily defeated in the House of Lords by a wide coalition including prominent Conservative and Liberal Democrat peers,” she said.

“Employment rights should not be for sale. Employers do not want to buy them, and employees will not want to sell them. What is worse is that its only real practical use is as a tax dodge.”

And Sarah Ozanne, employment partner at law firm CMS Cameron McKenna, said: “It’s curious just why Osborne is so keen to press ahead with this when the consultation showed only lukewarm support for it, even among employers”.

Besides the very principle of any government attempting to further weaken employment rights, the coalition have failed to heed advice on a range of issues connected with the hare-brained scheme.

Many employment lawyers have cautioned against it. Questions include how would company shares be valued and by whom. Equally, lawyers say there has been no thought given on how it could affect companies when raising funds or seeking injections of capital or in a sale of a business.

Many commentators say small shareholdings can create an administrative burden for businesses and employees will also require assistance in working out the tax implications of holding shares and accounting for future dividends and gains or losses.

As France O’Grady pointed out, the scheme may present an opportunity to those seeking to avoid tax in a climate when the government attempts to tighten up tax scams.

The issue goes back to the House of Commons on 22 April.

It is ironic that Osborne and the coalition business team (including Lib-Dems Vince Cable and Jo Swinson) are pressing on with a scheme nobody wants and plenty are counseling against, when the same coalition is willing to perform a rapid u-turn at the prospect of suburban neighbour vs neighbour disputes on the building of home extensions.