Forty three of the 50 biggest political donations made by individuals last year went to the Conservative Party, according to the annual Sunday Times Rich List (£). 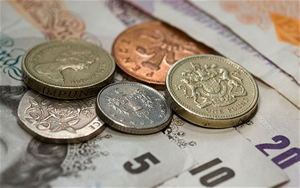 Forty three of the 50 biggest political donations made by individuals last year went to the Conservative Party, according to the annual Sunday Times Rich List (£).

Seven out of the top ten political donors also gave to the Conservative Party.

The biggest donor of all was metal dealer Michael Farmer, who handed over £1.3 million to the party. The second highest Tory backer was hedge fund boss Lord Fink, who gave £289,240.

The second and third biggest donors to political parties were respectively Lord David Sainsbury, who gave £519,940 to the Labour Party, and Andrew Rosenfeld, who gave £440,000 to Labour.

Of the top 20 donors, however, all but five of the biggest donors gave to the Tories.

Five rich backers gave money to Labour and two of the top 50 donations went to the Lib Dems.

Last year it was revealed that 248 of the top 1,000 individuals featured on the 2012 Rich List had financially supported the Conservative Party since 2001.