George Osborne’s proposals to make real term cuts to welfare and the impending arrival of a new Royal baby - two things that are inextricably linked. 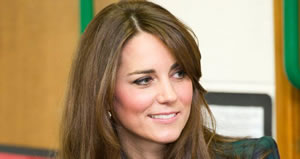 There are two things that are really striking in recent days: George Osborne’s proposals to make real term cuts to welfare and the impending arrival of a new Royal baby; to my mind these things are inextricably linked.

We are increasingly living in a polarised society of haves and have nots. The Tories are trying to weave a narrative that pits ‘strivers’ against ‘scroungers’. However, our attitude to the news of a Royal baby to me shows how confused our attitude to the state and state provision has become.

The British Monarchy is a cornerstone of our social structure but one that is arguably funded by the public purse. Currently, the monarchy receives 15% of Crown Estate income amounting to about £200 million a year. Debatably this land isn’t private land but land kept in trust for the public.

Further, there are myriad costs of running the monarchy including security and special occasions such as the Jubilee celebrations. While the public subsidy for the monarchy has been subject to trimming, few have expressed anything but delight at a new addition to ‘the firm’.

This article doesn’t seek to make the case for a Republic but instead to probe why we can express unreserved joy at the impending royal birth and simultaneous disgust at so called ‘scroungers’ and their families.

Osborne’s decision to increase welfare benefits by 1%, under the rate of inflation, will mean real term cuts for many. One of the groups who will be adversely affected by these cuts are mums (and dads for that matter) who will be hit by below inflation rises to child benefits and working tax credits. This has been termed the ‘mummy tax’ by Labour. The term seeks to highlight the impact of Osborne’s tax cut on real families who rely on these benefits to work and support their families.

It is a piece of misdirection by Osborne to suggest these tax cuts will affect the jobless only or in Tory lingo the ‘scroungers’. What he has failed to identify is that cuts to maternity and paternity pay mean many new parents will have to make difficult choices about returning to work early so they can financially support their families.

Meanwhile, what the celebration of the royal baby showed was the continued importance of families in our society in whatever form they may come in. So why do we celebrate the birth of one but view the others with a cynical eye? Tory language of ‘scroungers’ and ‘wastrels’ hides the impact these cuts have on many working families, who are often struggling with an increasing burden in recessionary times.

So where does this leave us? In need of a candid debate about what the welfare state is for in this modern age. Beveridge’s report ‘Social Insurance and Allied Services’ had its 70th anniversary only a few weeks ago. This seminal idea of a social insurance to guarantee a basic standard of living for all was expressed to be an attack on ‘Want, Disease, Ignorance, Squalor, and Idleness at home’. Welfare to Beveridge’s mind was about citizenship not dividing up givers and takers; the contributory principle meant welfare wasn’t for one class but it was for all.

When Labour talks about a one nation UK it must therefore square the circle and inject new meaning into Beveridge’s state. We must be a party that believes not only in celebrating the Royal baby but guarantees a basic standard of living for all children. Whilst this will be a difficult debate it is one Labour must not shirk from if we are to serve the squeezed working families in the UK.