A number of MPs will be at risk of alienating their constituents working in the public sector unless they speak out against regional pay.

ConservativeHome reports the government’s plans on regional pay are unlikely to happen, for reasons including the policy’s unpopularity with the public at large. Many in the coalition are speaking out against the proposals. 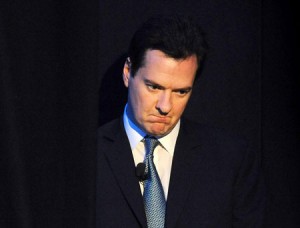 Nick Clegg has already been reported as being opposed and 24 Lib Dems have registered their opposition publicly, either by signing a letter in the Guardian or any early day motion in parliament.

However, Left Foot Forward has decided to be helpful to those coalition MPs waivering on the subject, by drawing a list (pdf) of parliamentarians who may be vulnerable on the issue.

The list ranks coalition by a vulnerability factor, calculated by dividing the number of public sector workers in their constituencies by their majority. The MPs highlighted are those who have already spoken out against regional pay.

In total, there are 77 people on the list who are more vulnerable than either Stewart or Opperman. Those in the danger zone include cabinet office minister Oliver Letwin, Twitter favourite Louise Mensch and backbencher Anna Soubry.

With Unison general secretary Dave Prentis announcing that the union will pour resources into campaigning against MPs vulnerable on the issue, those on the list may want to take pause for thought.