Henry Stewart is a founder member of the Local schools Network

This week Stephen Twigg, Labour shadow education secretary, responded to the Reform report (pdf) on academies with the statement:

“Twelve years after Labour launched the academies programme, they continue to raise standards – with improvements at twice the rate of other schools.” 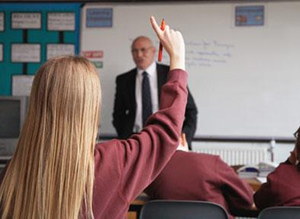 This claim originates from the Department for Education and has been widely used by supporters of academies.

The DfE has made similar statements for years but for the first time we can test it out, as it released a comprehensive set of data on every school this January.

So do academies perform better? The small print makes clear this claim is not based on all academies, as those that were previously independent or city technology colleges have been excluded from the comparison.

This gives a vital clue. Academies starting from a low base do well, in terms of growth of GCSE results, if compared to all schools. But what if they are compared to similar schools?

Let’s take academies where less than 35% of students in 2010 achieved the benchmark of five GCSEs including English and Maths (35% being the government’s ‘floor target’ for schools). Their results grew from an average of 29% of students achieving the benchmark in 2010 to 37% in 2011, growth of 8 percentage points. This is impressive.

However, take the same sample of non-academy state schools, those with less than 35% in 2010, and you find the percentage of students achieving the benchmark grew from an average 30% in 2010 to 38% in 2011, exactly the same 8 point growth.

When we are told how well academies have done with poorly performing schools in deprived areas, we are left with the impression other schools have stayed static and are stuck in permanent under-performance. A revealing chart in a recent House of Commons briefing (pdf) shows the opposite is the case.

Growth in results is inversely related to how well the school was doing before. The bands of schools below 35% achieving five GCSEs grew their figures the most. Those with between 35% and 65% also grew but less. And those above 65% didn’t grow at all, on average.

So if you take any group with more schools at the left-hand side of the chart, as academies have, the growth is going to be greater than for schools spread across the whole range. Its a simple statistical fact.

A similar picture appears when you compare academies with similar non-academies over the last three years, and when you include only the well established academies (five years old or more). Many have found these results, published by the Local Schools Network, to be surprising. One of the site’s regular critics, Leonard James, decided to run his own analysis. This only confirmed the findings.

Indeed, comparing academies with schools with similar levels of disadvantage he found the non-academies consistently did better.

These statistics reveal a very positive message about English secondary schools. It is not a picture of schools complacently accepting low results for their pupils, as has so often been alleged. Instead we see schools that previously had low results – whether academies or non-academies – showed substantial growth. It is a story of hard working and dedicated school staff, often in disadvantaged areas, transforming the achievements of their children.

This is, of course, a record of Labour success. It is very odd that Stephen Twigg chooses to promote only the success of the less than 10% of secondary schools that were academies under Labour and not the achievements of the other 90%. It is about time we congratulated the teachers and students in all state schools for the remarkable improvements in results in recent years.

29 Responses to “Non-academies do just as well as academies”