Making it easier for British multinationals to shift the profits they make into tax havens makes no sense whatsoever, explains ActionAid’s Chris Jordan.

This week the Telegraph revealed Barclays has twice as many subsidiary companies registered in the Cayman Islands than Lloyds and RBS combined. 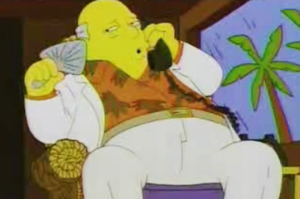 Indeed ActionAid’s own research shows Barclays has more Cayman Islands subsidiaries than any other FTSE 100 company; Barclays has regularly been embroiled in accusations of tax avoidance, most recently by the Treasury who took retrospective action to close a loophole worth £500 million a year to the company.

Barclays has huge and growing operations in the developing world. Last year it declared almost £1 billion of its £5.9 billion profit were made in Africa. This should be good news for developing countries, which need to increase their tax revenues to invest in their teachers, doctors and much needed infrastructure.

Eventually it’s these efforts that will enable them to become independent of international aid. But the OECD estimates developing countries lose three times more to tax havens than they receive in aid each year.

So why is the government so determined to make it even easier for Barclays to shift more of their profits out of poor countries?

Yesterday, we delivered a petition of more than 33,000 signatures calling for the government to close tax loopholes to the Treasury. Labour has promised to lodge amendments to the finance bill legislation, and Department for International Development and Treasury shadows Rushanara Ali and Owen Smith, respectively, accepted a copy of the petition on behalf of the party.

Smith has complained that this isn’t the first time they’ve raised serious concerns over this issues with the government:

“In last year’s finance bill, Labour urged the government to provide a full impact assessment of the effect of the CFC changes on developing countries. In addition to repeating this call, we shall also be asking the government for assurances that the changes won’t cost jobs at home and won’t facilitate tax avoidance abroad.”

The finance bill will be debated in the House on Wednesday and Thursday. We’re hoping for cross party support for an amendment to asses and mitigate the impact of the rule changes on poor counties. With growing public discontent from supporters of all political parties, it’s vital the coalition government wakes up to the damage these changes could do to the developing world.

At a time when people are rightly demanding value for money from the British aid budget, making it easier for British multinationals to shift the profits they make into tax havens makes no sense whatsoever.

28 Responses to “Osborne, Barclays, the Cayman Islands and tax avoidance”