The coalition government’s decision to oversee the closure of 36 of Remploy’s 54 factories has been greeted with expressions of extreme disappointment. 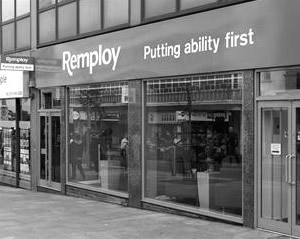 The UK government’s decision to accept the recommendations of the Remploy board to oversee the closure of 36 of its 54 factories, which leaves more than 1,700 disabled people facing the prospect of losing their jobs, has been greeted with expressions of extreme disappointment across Scotland and Wales, reports Ed Jacobs

In Scotland, the proposals outlined would see more than 100 redundancies as four factories in Aberdeen, Edinburgh, Wishaw and Springburn in Glasgow all face closure. Adding to an already difficult situation, a further four in Clydebank, Dundee, Leven and Stirling have been identified as targets for ‘further consideration’.

In pledging to do all he and the Scottish government could do to support those affected, enterprise minister, Fergus Ewing, responded:

“This must be a very distressing time for Remploy staff, and I am very disappointed with the way the UK government has made its decisions.

“I spoke to the UK minister today and will be meeting with her to seek further reassurances. We will maintain close contact to offer support… and to ensure every avenue is being explored to help employees back into work.”

“The welfare reform bill has been law for just a week and the government’s first callous act is to throw hundreds of disabled people straight on the dole.

“Four Remploy factories in Scotland will now be shut and over 100 staff given just £2,500 to help them get another job, with no guarantees about the factories that are spared. It is frankly outrageous that the government has tried to smuggle out the bad news.

“This is the wrong plan at the wrong time. Unemployment is going through the roof, and is higher in Scotland than the rest of the UK. Back to work schemes aren’t working, and the government thinks this is a good time to sack disabled workers. It is utterly shocking.”

At the Herald, its editorial has sought to highlight the difficult situation the UK government has now put those affected in.

In a critical piece, the paper observes:

“It is true that for many disabled people the idea of working with other disabled people in a factory is not welcomed. Segregated labour seems old-fashioned and far from ideal. The government says its funding will be better used to support more disabled people into mainstream employment, rather than funding Remploy.

“But the arguments would seem far more convincing if disabled people thrown out of work in some of the employment blackspots where many Remploy factories operated could be confident that they will find new jobs.

“More funding is to be provided for Access to Work schemes, ministers claim. But is it really plausible in the current climate that this will be successful?

“The fear for those who look set to lose their jobs is that they find themselves out of work, with further opportunities strictly limited, at a time when unemployment is soaring and competition is stiff.

“Meanwhile they may well find themselves claiming benefits and facing tests, which on past performance may well tell many of them they no longer qualify as disabled at all.”

Across Wales, concerns have been expressed that the country has been disproportionately hit by the proposals which look set to risk the jobs of 272 workers as seven factories in Aberdare, Abertillery, Bridgend, Croespenmaen, Merthyr, Swansea and Wrexham are earmarked for closure.

Responding to the decision by the Department for Work and Pensions to accept the proposals, Welsh education minister Leighton Andrews was clear in his concern, explaining:

“The Welsh government is profoundly disappointed with the decision by the UK government to reduce its current subsidy to Remploy, resulting in the closure of Remploy factories in Wales, England and Scotland.

“This has wide-reaching implications not only for the lives of individuals, but also for families and communities across Wales. It is clear that Wales has been disproportionately hit by the closures announced. This announcement will be devastating for those workers, their families and the local communities.

“In our submissions to the UK government, the Welsh government has made clear our vigorous opposition to such closures, not least at a time of economic hardship, and an extremely unfavourable labour market. This situation is particularly acute for those who are already facing considerable obstacles and are one of the groups at greatest disadvantage in today’s labour market.

“Employment, including specialist employment support for disabled people, is a matter reserved to the UK government. I regret that repeated requests by Welsh ministers for a constructive dialogue on Remploy factories in Wales have not been taken up by the UK government.

“The Welsh government will wish to explore with Remploy what may be done to maintain the factories in Wales.”

In a very personal account of the impact the decision will have, meanwhile, Martyn Phillips, of Tonypandy, Rhondda Cynon Taf, a production controller at a Remploy factory in Bridgend, gave his reaction to the announcement to the BBC.

“We were told today of the proposed closure – we knew an announcement was coming but we didn’t think it would be this bad. We thought we would at least have until March 2013 but it looks like they will close as soon as possible.

“I have no idea what the future now holds for me along with the rest of my work colleagues. Working anywhere other than Remploy is very concerning.

“Remploy has given me security and has shown consideration to my health problems – I’m a diabetic and sometimes fall ill or need to go to the clinic – which no other company will do.

“I feel at 52 years of age my working life is about to end – manufacturing jobs are so scarce now. The quality of my life while now go on a downward spiral. This callous coalition government have no sense whatsoever.

“To put 1,700 disabled people out of work at any time is bad but to do it now when jobs are not out there is really cruel.”

• Will the government take away money from disabled people on a hunch? – Declan Gaffney, January 17th 2012

26 Responses to “Remploy closures: “This callous coalition government have no sense whatsoever””