Jon Worth looks at whether the use of primaries to elect the President of the European Union will help address the EU’s perceived democratic deficit.

The issue of primaries has been doing the rounds in British politics for a couple of years now. Progress has been the principal backer of the idea on the left, organising an event about the issue at Labour Party Conference. The primary that chose Sarah Wollaston in Totnes for the Conservatives is the best known example on the right. 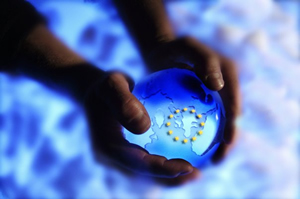 But how about applying the same principles to EU democracy? Or, more precisely, use primaries to help address the EU’s perceived democratic deficit?

That is the idea put forward by leader of the Greens in the European Parliament, Dany Cohn-Bendit, at an event in Brussels.

Cohn-Bendit’s plan would be for all the progressive forces in the European Parliament (Social Democrats, Greens and, perhaps oddly, Liberals) to agree a common candidate for President of the European Commission to replace José Manuel Barroso from 2014.

The plan is clearly inspired by the experience within the Parti Socialiste in France to select François Hollande as candidate for President.

Cohn-Bendit’s rhetorical flourish actually does not take into account the very concrete progress that has been made on this issue within the Party of European Socialists (PES), the EU-wide political party which counts Labour among its member parties.

In November 2011, the PES Council agreed a framework for the selection of a candidate for President of the European Commission, where national parties can choose whether to directly or indirectly consult their members on the decision as to who the PES would nominate to the Commission.

The idea would then be that if the centre left were to be the largest political force in the European Parliament after the elections it would seek to get its candidate to be Commission President.

Admittedly this is not a primary as such, but more of an EU-wide selection process, but would nevertheless represent a major step forward in comparison to the abject confusion in 2009.

• On Europe, Lib Dem voters are closer to the Tories than Nick Clegg 14 Mar 2012

Of course there is the danger that for political or financial reasons Labour chooses not to consult its members in a PES primary process, let alone contemplate the open primary suggested by Cohn Bendit.

Yet as these debates advance in Brussels it looks like 2014 is going to present some step forward for EU-wide democracy – it’s vital Labour and others on the left in the UK play a full and active part in the process, for not doing so makes the traditional calls about the EU’s democratic deficit ring rather hollow.

10 Responses to “Will primaries address the EU’s ‘democratic deficit’?”