Joe Coward writes about the real 'squeezed middle', and details how it could take until 2020 for their income to reach the level it was in 2001. 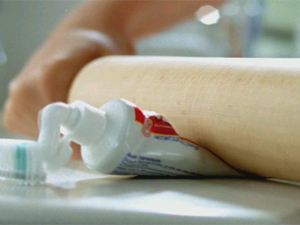 Joe Coward is a research and communications assistant for Resolution Foundation

This morning Liam Byrne and David Laws launched a new Resolution Foundation report, Squeezed Britain, which sets out the economic position of the squeezed middle in forensic detail, offering some pointers towards what will be the key political issues over the next few years.

The report focuses on people on low to middle incomes, who the Resolution Foundation define as working-age households who are living largely independent of the state but with incomes below the median (middle).

This group of 10.1 million adults and 5.8 million households comprises approximately one third of the working age population, living on an average household income of £20,500 after tax.

It is now well established that low to middle income households (LMIs) are experiencing a big squeeze on living standards, and previous Resolution Foundation research has highlighted that this squeeze started long before the recession.

But this report sheds new light on how long the squeeze might last, and when incomes might recover.

It shows that, on the basis of existing forecasts from the OBR, LMI household income is expected to reach a low of £20,100 in 2014-15. But it also sets out two scenarios for what could happen beyond this period:

The report also tells us how many areas of life are now being affected by this new economic environment. One key implication is that home-ownership is now out of reach for many people on low to middle incomes. In the 1980s and 1990s it typically took a first time buyer 3-5 years to save for a deposit – today it would take 22 years.

As social housing is now predominantly targeted at the most vulnerable in society (and rightly so), this means that the private rental sector is far more than a stop-gap for many low to middle income households.

Indeed, it is now the most common form of tenure for LMI households aged under 35, many of whom are raising children in the private rental sector. Despite record-low interest rates this trend shows no sign of abating. 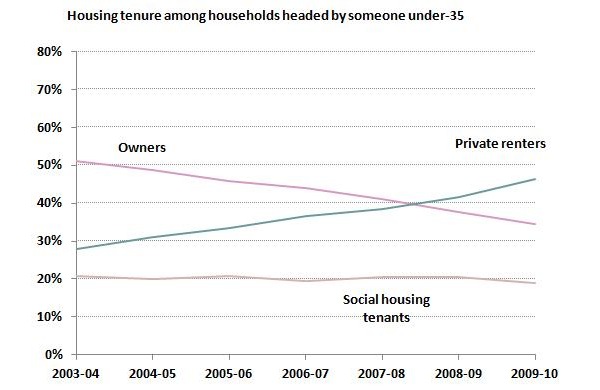 At today’s event some policy responses were mooted – Liam Byrne hinted at current Labour thinking by suggesting that if government wants to support childcare (and female employment) it may well get a bigger bang for its buck by providing services rather than cash benefits.

Meanwhile David Laws reiterated the Liberal Democrats’ commitment to increasing personal tax allowances for the lowest paid whilst suggesting that generous tax reliefs and allowances for higher rate taxpayers could be curtailed. Wherever, the policy debate ends up, one thing’s for sure – the politics of living standards is here to stay.