Tony Dolphin explains why the contraction in the 4th quarter of 2011 is likely to be the beginning of a double dip recession. 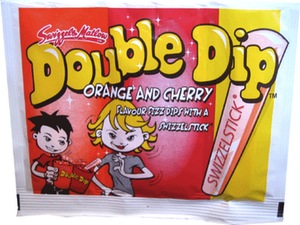 Real GDP in the UK fell by 0.2 per cent in the final quarter of 2011 according to figures released today by the Office for National Statistics.

Growth in 2011 as a whole was 0.9 per cent. Growth over the four quarters ending in 2011 Q4 was 0.8 per cent, though this figure is flattered by comparison with the final quarter of 2010, when output was hit by particularly bad weather. Underlying growth over the last four quarters may have been as low as 0.3 per cent.

In the final quarter of 2011 output of production industries fell by 1.2 per cent, probably as a result of large-scale destocking (there are very few details available at this point). Output of construction industries was down 0.5 per cent, while output in the service sector was unchanged.

There are various explanations for this poor performance.

First, this is a different type of recession and recovery. Economists have shown that recoveries after recessions that are caused by the bursting of debt and asset bubbles tend to be relatively slow. The present UK experience is adding another case study to their collection.

Fourth, the euro zone crisis has also affected business confidence, particularly of exporters. Again, this will have been bad for jobs and bad for investment.

In the short term, as I have been warning for some time, things are unlikely to get much better.

There is some good news: energy firms are bringing down their charges and petrol prices have fallen. This will ease the squeeze on households’ spending power.

But, as the IMF warned only yesterday, when it revised its forecast for growth in the euro zone in 2012 down from +1.1 per cent to -0.5 per cent, the euro zone crisis is an increasing threat to the global economy. Meanwhile, the government is sticking stubbornly to its deficit reduction plans, meaning further cuts in public sector jobs and taking more demand out of the economy.

With public sector austerity at home and a potential crisis in the euro zone on their doorstep, it seems unlikely the private sector will step up its recruitment or investment plans any time soon.

Together, these GDP figures and the short term outlook suggest the UK economy has slipped back into recession. The feared ‘double-dip’ began in the final quarter of 2011.

25 Responses to “The double-dip begins”