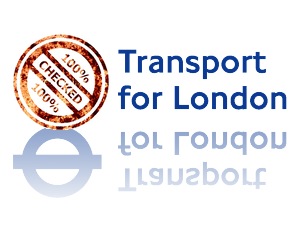 There is no separate budget for investment projects.

There are two separate budgets at TfL, the operating and capital budgets. Fare cuts only affect the former. The capital budget is treated entirely separately.

Including Crossrail, 95.5 per cent of the investment budget is expected to be sourced from grants, Crossrail contributors, borrowing, asset sales and 3rd party contributors over the period  2012/11 to 2014/15.

Mr Livingstone is wrong to claim there’s a £729m surplus.

This was later revised upwards to £729 million. It is not simply an “underspend”, which implies it will later be spent. There are two sources of the surplus.

The first is that fare revenues continue to be much higher than budgeted for reflecting the effects of persistent above-inflation fares increases. In the last FY this surplus from revenues was £275 million, as shown in the accounts cited below.

TfL does not use the money to pay more in wages or buy more energy or fuel (or other items), which together form the overwhelming bulk of its operating budget.

TfL told us that any surplus at the moment is projected, but it would be “ploughed back into investment projects”.

TfL are using some of the operating surplus to pay down debt.

In an organisation the size of TfL it is possible to allocate unexpected surpluses in a number of ways if they are neither used to lower fares nor increase investment. Generally, the surplus could be allocated to cash balances, reserves, or used to pay down debt.

However, under political pressure from Ken’s campaign for lower fare, TfL has clearly been instructed to make a one-off debt repayment as the option, which is wholly unnecessary.

It was even suggested by Boris Johnson’s supporters (which of course includes Daniel Moylan at TfL, a Kensington & Chelsea Tory councillor and deputy chair of TfL) that the position of TfL was comparable to that of the government’s efforts to reduce debt and the deficit, neglecting entirely the fact that the government had a deficit, TfL is generating surpluses.

A separate file on the decision to pay down debt can be found here.

This is not a one-off.

Over the three years of the current mayor’s term the average annual operating surplus at TfL has been £301 million. The policy of two per cent above RPI fare increases while bearing down on operating costs means this surplus will automatically and unnecessarily rise.

This will become more pronounced following the announced fare increases for next year of seven per cent. As TfL continues to bear down on operating costs, the operating surplus will automatically rise and increase further in future years under this policy.

The policy of fares cuts merely prevents the wholly unnecessary ballooning of these surpluses.

It is implied, separately, that that the surplus is used to fund the capital budget. Tony Travers makes the point that the surplus could be used for fares, but that he favours using it for investment. This difference with Ken’s fare policy is an entirely legitimate difference of policy regarding the potential uses of the surplus. But it is clear from his comments that either is possible.

However, under Boris Johnson TfL has neither cut fares nor increased investment.

That is, projected capital spending has fallen following a £729 million surplus, not risen to incorporate it.

This is under a regime sanctioned by the Mayor where a host of key improvements in the network have been delayed in a wholly misguided attempt to save money. This has led to delayed improvements on the Piccadilly Line and greatly prolonged disruption to refurbishment work at key interchanges such as Victoria Station .

The policy of cutting fares does not in any way dip into TfL reserves. It simply curbs the growth of operating surpluses.