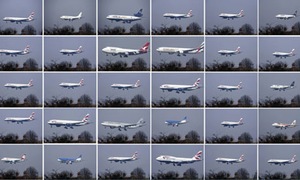 The high-profile way David Cameron chose to make the announcement that the government will look at the merits of a new airport in the Thames Estuary suggests that it has as much to do with political calculation as aviation policy. He will be hoping that the London mayor’s persistent championing of the proposal will garner him votes from West London in the forthcoming mayoral elections.

Only last week Boris Johnson announced that he would build new river crossings in East London. Cameron’s announcement has been calculated to boost the image of Johnson as a ‘can-do’ mayor who is able to deliver big infrastructure projects for London despite the financial crisis.

His announcement also serves the political purpose of reassuring business, which for years has been calling for new infrastructure, that the government is prepared to invest in major projects despite the cuts it is making.

According to today’s Daily Telegraph, the announcement had been intended to be made at the same time as the high-speed rail link to Birmingham was given approval but was only held back because of Liberal Democrat doubts about the estuary airport.

The prime minister is aware he is creating a mirage of economic activity. He knows that construction work on high-speed rail is years away. He also knows that the estuary airport may never happen. He staged a drama for political effect.

It has been likely for some time now that the estuary airport would be considered as an option in the government draft aviation policy, which for over a year had been scheduled for publication in March.

The first indications that the government was prepared to row back on its policy of no new runways in the South East came in George Osborne’s autumn statement in November when he indicated that, apart from expansion at Heathrow, all other options for airport growth would be considered.

It has become clear that the new transport secretary Justine Greening was not opposed to examining the merits of an Estuary Airport.

The government is fully aware of the obstacles if they were to push ahead with an Estuary Airport.

First, what would it do about Heathrow? There is not the market for two international hub airports in the South East, according to the last study into the subject, carried out by the Department for Transport (DfT) in preparation for Labour’s 2003 aviation white paper.

The DfT assumed Heathrow would need to close down. It directly employs 76,000 people, with well over another 100,000 jobs indirectly depend on it. Would any government be prepared to face the political and economic consequences of shutting down Heathrow? West London’s economy has almost certainly become too dependent on Heathrow but the reality is that it is too big to fail.

Secondly, a new four-runway airport would almost certainly rule out any chance of the government meeting its climate change targets.  It would only consider four-runway estuary airport, operating 24 hours a day since its only attraction is that is would provide at least double the capacity of Heathrow.

Even if future generations of aircraft are cleaner, the implications of this for climate change are huge. If a third runway had been built, Heathrow would have become the biggest single emitter of CO2 in the country. The proposed estuary airport would send CO2 emissions soaring at a time when aviation is already the fastest-growing source of emissions in the UK.

Thirdly the local impacts of an estuary airport would be significant. The area is a bird sanctuary of international renown, a designated area, a place protected by European statutes.

Noise would also impact on a wide area. The noise footprint of a four runway airport would be considerable. Even allowing for the fact that a lot of flying would be over the sea, it is evitable that communities as far as 30 miles from the airport will be disturbed. It is significant that nobody has dared tell local communities how far the noise footprint from the airport would extend. It is a toxic issue.

The cost of the new airport is put at £40-£50 billion. I expect that money could be found if business got behind it in a big way. However, given the opposition it would generate, it would be surprising if the proposal ever got that far.

It would unite local communities, environmentalists (including some of the wealthiest NGOs in the country like the RSPB), workers in West London and direct action activists. I’m sure Plane Stupid are already taking swimming lessons!

Moreover, it might well divide the business community with firms in West London and Berkshire, not to mention BAA, the owners of Heathrow, likely to be unhappy with any thought of Heathrow losing its international hub status.

When David Cameron gave his support for the case for an estuary airport to be examined, he would have been well-aware that the obstacles to it ever becoming a reality are so overwhelming that it is likely to remain just a gleam in Boris Johnson’s eye. But he hopes that backing Boris Island might just help get Johnson re-elected.