In many respects, Johann Lamont’s election as leader of the Scottish Labour party was the easy bit - the hard work to depost Alex Salmond starts now, writes Ed Jacobs. 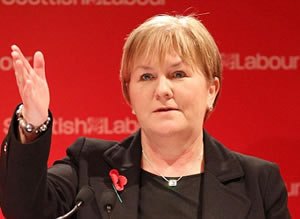 In many respects, Johann Lamont’s election as leader of the Scottish Labour party was the easy bit. Having suffered a crushing defeat at elections to Holyrood in May, and facing what can only be described as the master of Scottish Politics, namely Alex Salmond, Scottish Labour now needs not just tinkering with, but a full scale assessment and redesign of its identity north of the border.

Lamont’s declaration that Scottish Labour had begun to look to the public like a “tired old political machine” outlines the scale of the task she now faces not just in leading the fight against the SNP’s proposals for independence but also re-awakening Labour north of the border so it can once again regain the levers of power.

Whether or not Ms Lamont is up to the task however is a different matter.

So here we are. Faced with the most cataclysmic election defeat in our history, Scottish Labour has settled on a strategy of “steady as she goes”.

Faced with a chance to change the leadership of that disastrous campaign, we have, instead, voted to give them a resounding vote of confidence.

Faced with the people’s verdict, we have chosen to tell the people, in no uncertain terms, that they got it wrong and need to do better next time.

Faced with the need for a Harry Potter figure, we have settled instead on a dementor.

The only consolation is that since we clearly intend to fight the 2011 campaign again in 2016 we might be able to save some money on literature. So, don’t throw out these inspiring “Vote Labour if you don’t want to be stabbed” leaflets. They may be needed again.

The weekend election of Johann Lamont to lead the Scottish Labour party is important. But only time and the Scottish National party will decide whether it will matter to anyone except political anoraks.

After its debacle in the Holyrood elections, Scottish Labour desperately needs to regain a sense of political purpose and electoral credibility. That, though, is easier to say than to do.

Labour remains by some distance the second party in Scotland. But it has long been used to coming a dominant first.

Ms Lamont said the right things about the need for change in her acceptance speech on Saturday, but it remains open to doubt how far she and those who elected her really want to go.

The Herald, meanwhile, has not given the new leader much time to prove herself.

If Labour fails to hold on to its power base in Glasgow, many will be writing the party’s obituary… The latest opinion polls put popular support for the SNP at 51% and Labour on just 26%. That is a reflection of the SNP’s success in occupying the centre ground.

In every debate, the Nationalists appear to be able to win both ways. If Scotland seems to be doing marginally better than the rest of the UK, they take credit for making the difference.

If it does worse, then everything is blamed on Westminster and used as an argument for handing more levers of power to Holyrood. Recent unemployment figures are a case in point.

For the Scotsman on Sunday, Eddie Barnes has compared the scale of the challenge faced by Lamont to that which Kinnock faced in reforming the party into a credible electoral force again:

One insightful Labour insider has compared Johann Lamont’s task to that of Neil Kinnock’s when he headed the UK party in the 80s and early 90s.

In other words, the job is to take over an out of touch party facing near extinction to a position where it looks like it can win again. Certainly, as Lamont begins work today, the first section of that analysis looks accurate. But, she faces a massive challenge if she is going to take the party anywhere near where Kinnock did.

At least the scale of May’s defeat has destroyed any complacency from the party. As Lamont said yesterday, it looked to voters in this year’s Holyrood elections like “a tired old political machine which was more about itself than it was about [people]”.

Meanwhile, writing yesterday for the New Statesman online, James Maxwell has highlighted the rock and the hard place in which Ms Lamont now finds herself in between in deciding which way to take the party.

Speaking of her as having woken up as a leader of a party “which has lost all sense of itself”, Maxwell notes:

Johann Lamont woke up this morning leader of a party which has lost all sense of itself. Over the last six or seven years, Scottish Labour has watched as the SNP has gradually appropriated much of its traditional left-of-centre agenda. Now, with a nationalist majority at Holyrood, Labour finds its ideological identity absorbed into a new Scottish consensus, with little or no space to build a distinctive progressive alternative.

Lamont’s over-arching task is clear. She has to demonstrate that Labour amounts to more than just the anti-independence party; that it has a coherent political and economic vision for Scotland.

This will be more difficult than it sounds. If she shifts the party to the centre, she will run it straight into an electoral brick-wall. A large part of the SNP’s success can be attributed to the sense of frustration many Scots came to feel with New Labour’s neo-liberal project.

Alex Salmond understood this and, despite his own baffling fixation with Ireland’s low-tax, light-touch economy, developed a package of policies – including free university education and an integrated health service – which adhered more closely to the broad social-democratic instincts of the Scottish electorate.

On the other hand, if Lamont tries to outflank the nationalists on the left Labour’s support will be reduced to a shrinking core vote in its central belt and west coast heartlands. Lamont has already tested this approach – at the elections in May – and it produced disastrous results.

That’s not to say there isn’t room for Labour to attack Salmond from the left – the first minister’s plans to lower corporation tax and his close relationship to some members Scotland’s disgraced financial elite leave him open to charges of fiscal conservatism.

In order to be effective, though, such attacks would have form part of a wider strategy which draws in sections of society beyond the party’s trade union and public sector base.

Having got its new leader, Scottish Labour needs to prove it is able to be renewed itself. If it doesn’t then the consequences for the party north of the border are likely to prove more disastrous than even now.