Ben Lyons of Intern Aware argues that unpaid internships are illegal, and should be stopped by the party leaders as soon as possible. 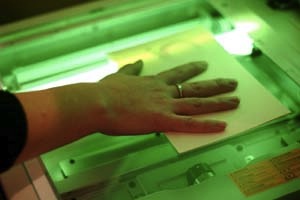 “We know that in the halls of Westminster, at the seat of our democracy, there remain too few opportunities for people from lower and middle income families. The current culture of unpaid internships is a symptom of that problem. It prevents young people with modest means from getting on and achieving their aspirations. It is unfair and unrepresentative, and it must change.”

Ed Milband wrote to Intern Aware to make this point in April. And in the same month, Nick Clegg said:

“Unfair, informal internships can rig the market in favour of those who already have opportunities.

“We want a fair job market based on merit, not networks. It should be about what you know, not who you know.”

Both politicians articulate the problem with unpaid internships well enough that I don’t need to.

And yet as the Guardian reports, both parties fail to put these progressive principles into action.

When we led a campaign against unpaid Parliamentary internships in 2010 other high profile MPs relying on free labour included David Lammy and Simon Hughes. We heard of one Labour MP who replaced a full-time member of staff with an unpaid intern. And if anything these figures underestimate the problem in Westminster, as they only include the internships advertised on the website W4MP.

Many more are hidden, offered to young people with access to closed networks. Indeed, in 2009, Unite estimated there are 18,000 hours of unpaid labour taking place every week in Parliament.

Many of these unpaid internships in Parliament are likely to be illegal. As HMRC advice to the government shows, “sometimes individuals are told they are interns or volunteers, but this does not prevent them being workers.”

Record graduate unemployment has led to a dramatically raised skills bar for accessing the professions. Unpaid internships make it impossible for the vast majority of young people who can’t work for free to gain the skills they need to become employable.

However, there should be reason for optimism for Britain’s 100,000 plus unpaid interns. Today, the Arts Council and Creative & Cultural Skills published important guidelines on the need for paid and open arts internships within the creative industries.

They recognised that paid internships are not just the right thing for young people, but help employers to attract the best talent. The PR industry trade body is also taking a stand. HMRC have also promised a crackdown on unpaid labour in the fashion industry.

Whether because of public opinion or upholding progressive principles, the political parties must end unpaid internships. If the passport into the political word continues to be half a year’s free labour, the next generation of MPs cannot be reflective of the country they are supposed to serve.

If you have done an unpaid internship, please let us know the details in confidence

39 Responses to “Unpaid internships are wrong: We need action, not words, from Clegg and Miliband”