Alex Hern reveals star Tory Harriet Baldwin’s “questions” about whether poor parents ought to be punished for having too many children. 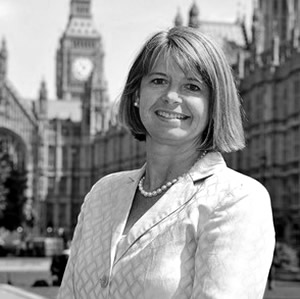 Convervative MP Harriett Baldwin, elected as part of David Cameron’s hand-picked “A-list” to represent West Worcestershire, has called for “a discussion” on whether out of work people with four children should get any child benefit or child tax credits if they have a fifth child.

“Does it really make sense if you’ve already got four children and have never been in work to take on the responsibility of bringing another child into the world?

“The discussion point that I’ve put out there is that once you’ve had four kids – and i think that four kids is a huge responsibility for anybody – you’re going to think long and hard about ‘can I afford to have an additional mouth to feed?‘”

Doubtless, Baldwin will use her language of “discussion” and “talking points” to argue that she is only asking questions, but she still states as fact things which are nothing but.

For instance, she wrote on Conservative Home:

“Twenty two US states used the “family cap” to rule that any family on state welfare is not eligible for any additional support for children conceived while on state benefits.

“If those who are in a workless household were told that they would not receive additional benefits for any new babies until such time as the household has a wage-earner, work incentives would be stronger.”

In fact, as the Cornell Law Review states:

Social science research indicates that welfare recipients do not base their child-bearing decisions on receipt of welfare benefits, thus rendering questionable the effectiveness of family caps in deterring welfare recipients from having more children.

Baldwin also accepted on Radio Five that it was an “important question” as to whether such measures would harm children.

Again, if she’d researched these “questions” a bit before publicly asking them, she’d have found the answers.

By reducing the benefits families receive to satisfy basic necessities, family caps are also likely to exacerbate the many mental and physical health problems that children in poverty are already at increased risk of developing.

Baldwin does not want to “ask questions”, or “have a discussion”. She wants to punish children for the decisions of their parents.

Also today, the Times confirmed what we reported on two weeks ago: that Osborne will not increase benefit payments in line with September’sinflation of 5.2%.

What will he spend the money on? Fuel duty:

The Times has learnt that key ministers, including Iain Duncan Smith, the Work and Pensions Secretary, have agreed that 5.7 million people claiming benefits for the unemployed will each lose hundreds of pounds a year.

The savings are likely to go towards the Government’s ambition to scrap the planned 3p-a-litre rise in petrol in January, which would cost £1.5 billion. George Osborne, the Chancellor, is anxious to keep to his deficit reduction plan and is said to be putting further pressure on Mr Duncan Smith’s £200 billion welfare budget.

Like an anti-Robin Hood, this government seems intent on taking from the poor to give to the rich.

• Child benefit cuts will result in a worse deal for the poor – Richard Exell, May 14th 2010