Today Dr Rowan Williams came out in support of a Financial Transaction Tax - yet George Osborne still opposes the tax that would raise billions for the poor. 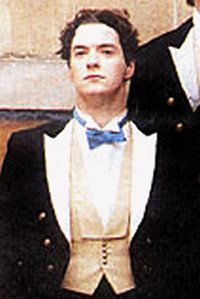 With each passing day, more and more big names come out in favour of the Financial Transaction Tax, a tiny tax on financial transactions which could generate billions to fight poverty. Today the Archbishop of Canterbury joined the ranks of the 99 per cent; tomorrow Bill Gates is expected to tell the G20 why it should be adopted…

Yet, despite the growing clamour, and despite the increasing anger at the obscene pay rises afforded the super-rich while the rest of the country is squeezed, one man, George Osborne, appears bent on sabotaging the FTT.

The man who once said “we’re all in it together” in the austerity drive (yes, really), was today exposed as being shoulder-to-shoulder with the one per cent, as secret letters he sent to bank bosses on Monday were revealed.

In the letters, City A.M. reports:

His remarks were seized upon by Labour, shadow Treasury minister Chris Leslie explaining:

“For all his warm words in public about backing an international financial transactions tax, we now know the chancellor is giving the banks nods and winks in private that he wouldn’t support one – even if it is agreed internationally.

“This revelation explains why George Osborne has failed to put this issue on the international agenda in the last 18 months and why he won’t be pushing for it at this week’s G20 summit.

“We support a financial transactions tax, but if it is to work and safeguard jobs in Britain it must be implemented with the widest possible international agreement including major financial centres like New York. That means showing real leadership on the world stage and in the G20 which this out of touch Government has conspicuously refused to do.”

As Osborne appears confused by the FTT model, we hope this short video will set him straight:

It really is that simple.

35 Responses to “On the Financial Transaction Tax, why is Osborne on the side of the one per cent?”