The persecution of Coptic Christians raises serious questions about whether the “Arab Spring” is a new dawn or a sunset on religious freedom and tolerance. 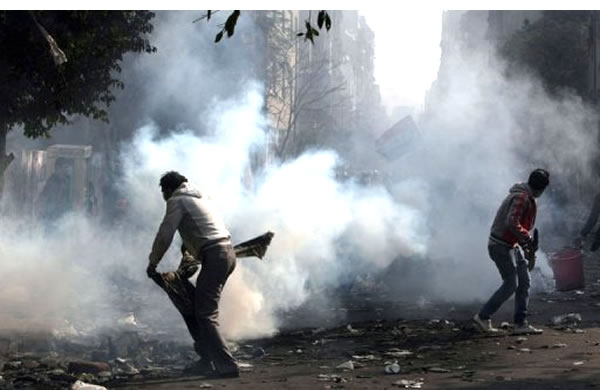 The downfall of Hosni Mubarak as President of Egypt was, at the time, seen as pivotal moment, thought by many of the protestors who rejoiced at his ejection from power as the birth of a free and democratic nation.

Fast-forward to today and the violence witnessed on the streets of Cairo serves as a vivid warning to the Middle East that for all the sense of change and optimism, whatever replaces the regimes seemingly toppling like dominoes across the region are anything other than the tolerant democracies being called for.

No more can this been seen than in the treatment since Mubarak’s exit of Christians across Egypt under the military junta that now rules the country, reported at length by the media across the world.

In an article detailing the plight of those Coptic Christians standing in Egypt’s forthcoming Parliamentary elections, the Jerusalem post outlines the tensions that now arise between Islamist parties on the one hand and those who genuinely seek a new dawn of religious freedom and tolerance.

There is a growing worry that the country could face an Islamist backlash in the upcoming vote, with a number of leading conservative Islamic figures speaking out on the importance of turning toward conservative values. Leading the charge is Hazem Saleh Abu Ismail, a Muslim cleric who says he will run for president.

He has called for women to don “Islamic dress” and has proposed a tax on Christians.

Amr Derrag, the head of the Freedom and Justice Party (FJP) in Giza – a party founded by the Muslim Brotherhood – attempts to dispel those concerns, telling The Media Line that “Christians were part of the revolution and they deserve equal status under the law and the future Egyptian democratic process…

“We do not differentiate between Christians and Muslims, we are all Egyptians,” he asserts.

Writing an Op-Ed for the International Herald Tribune meanwhile, H.D.S Greenway quotes one Copt has arguing that the problem is simply a deep-rooted intolerance of Christians, he explains:

“Copts have long faced discrimination, but today, with the tide of political Islam on the rise, they fear that religious bias and violence against them may increase. Western diplomats in Cairo told me on a recent visit that Copts were increasingly showing up at their embassies enquiring about emigration opportunities.

“Wahib El-Miniawy, a former ambassador and a Copt, confirmed that many of his coreligionists felt under assault, though he insisted that he would never leave his country. It was not so much that Copts were not being allowed to build churches without hard-to-get government permission, he told me, but a deep-seated hostility towards Christians that began in elementary school.”

“The Copts are absorbing the same lesson that Jews have been forced to learn over and over again – especially in the lands of the former Ottoman empire: Unpopular minority groups often are better off living under one absolute ruler, who can be flattered, accommodated and served, and who is generally satisfied if you don’t make trouble, than being at the mercy of the “people” or their government surrogates.

“The “people” are easily roused to scapegoatism by demagogues eager to deflect their attention from the regime’s self-inflicted deficits; and scapegoatism leads to violence the authorities wilfully ignore.

“In the 1980s and 1990s, Islamists often attacked Copts as a pastime during their southern uprising against Mubarak’s government. The government itself tried to burnish its Islamic bona fides by imposing restrictions on the building of churches, and by barring Copts from certain professional and all political posts. Copts have lived in Egypt for two millennia.

“Yet little by little, Coptic dignity has been chipped away, and fear now prevails in their communities.”

Whilst Egypt’s most senior Islamic legal official, Grand Mufti Ali Gomaa has denied Christians in Egypt are now facing persecution, the facts speak for themselves. Having been a country united in seeking the removal of Mubarak, the violence seen against Coptic Christians is a worrying development and raises serious questions about whether the “Arab Spring” is a new dawn or a sunset on religious freedom and tolerance.

As Sherif Meleka, a physician at Johns Hopkins University Hospital in Baltimore and a Coptic Christian himself, concludes in the Washington Post:

“As events unfold, it is only a matter of time until we find out whether the January 25th, 2011 revolution will bring about a new Egypt that looks more like Pakistan, with an unbreakable alliance between the army and Islamists in defiance of democratic and progressive values.

“Or, perhaps will Egypt be emerge like Turkey, where the Islamists are watched over by the army (or were at least until recently), and there exists a fairly democratic political system.

“As a Coptic Christian of Egyptian descent, I hope that Egypt will be like Spain, where the removal of an army dictator engendered a truly secular and progressive democracy, even for a people with a strong religious background.”

14 Responses to “Egypt – a new dawn or a sunset on religious freedom?”