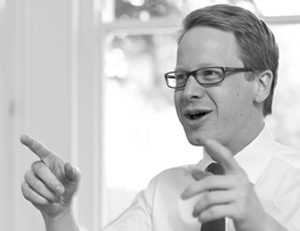 He said suggestions from Sound off for Justice and others that vulnerable people may die as a result of the government’s legal aid cuts were “irresponsible and unhelpful”. He said the words on our display stand of “supporting solicitors” summed it all up – that we are running this campaign as a trade union supporting its members.

Gummer said the cuts had to be made due to the deficit and if they weren’t made now, then even bigger cuts would have to be made down the line. Sound Off For Justice have made it very clear to the government these cuts will cost the taxpayer more because their analysis into the impact of the cuts is inaccurate and has been done without evidence.

The Ipswich MP also claimed we have the most expensive legal aid system in Europe and the world. This is factually incorrect and the Public Bill Committee scrutinising the proposed legal aid cuts being made through the legal aid, sentencing and punishment of offenders bill, along with Mr Gummer, have been given the evidence on countless occasions demonstrating it is simply wrong.

We are surprised Mr Gummer is still trotting out the same line when it is factually inaccurate. He seems to think that repeating the same statement will somehow make it true.

In family cases, Mr Gummer suggested more mediation is needed. This is after the head of family mediation and the MP, Alan Beith, both warned mediation resources are at breaking point and there are not adequate alternatives.

On Sound Off For Justice’s alternative savings, Mr Gummer said cutting bar fees was something the Bar Council disagreed with so we “couldn’t get our story straight”.

In a roundabout turn today he said it was now “do or die” for the legal system. Sound Off For Justice would like to know what that means? Mr Gummer said that in clinical negligence cases, victims could use Conditional Fee Agreements (CFAs) instead of legal aid. He also said there had been significant changes to the definition of domestic violence.

Mr Gummer has confirmed he approved of the government’s plan for telephone advice to replace front line legal aid support services and counsel.

The vice president of the Law Society, Lucy Scott-Moncrieff, replied stating the profession has a serious responsibility to the rule of law and access to justice, talking about how the Law Society had the:

“…expertise to highlight ways of improving legislation and this is a public interest duty and not in our private interest.”

She added that Sound Off For Justice don’t think the government has properly looked at our alternative cost-savings. She refuted the concession over the definition of domestic violence and stood by her claim people would die if these legal cuts went through in their current form.

Does Mr Gummer think organisations such as Gingerbread, Rights of Women, the Women’s Institute and Action against Medical Accidents are all just “supporting solicitors” too?

Is he arguing the Bar must agree with cuts to their fees before the Ministry of Justice will tackle the issue of overpaid barristers?

What does he suggest those people whose ex-partners issue court proceedings without being willing to consider mediation do?

Why is he again uttering the same, inaccurate assessment and comparison of our legal aid system with Europe, despite having repeatedly been shown it is a lie?

It is utterly disingenuous to claim that just because a well-educated MP or civil servant with a good support network can deal with matters on the telephone, that a poorly educated and vulnerable client can do so. How low are the depths to which this debate is going to be dragged?

• Without legal aid how do victims’ families take on the News of the World? – Jonny Mulligan, July 7th 2011