Fred Cowell writes about what should be the Commonwealth's priority - ending the widespread anti-homosexuality laws, in operation in 40 commonwealth states. 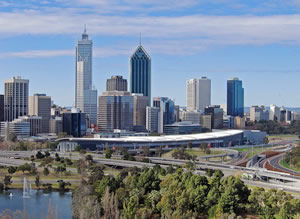 David Cameron and William Hague have headed off to the Commonwealth Heads of Government Meeting in Perth in Western Australia. A big issue they plan to discuss is allowing female succession to the throne, but one of the biggest issues actually facing them is the continued criminalisation of sexual orientation in 40 Commonwealth countries.

Tom Porteous, London director of Human Rights Watch, described the 2009 Commonwealth Heads of Government as a ‘jamboree’ of human rights abusers and at this year’s meeting the Commonwealth are set to endorse a bid by the government of Sri Lanka, who are widely alleged to be responsible for multiple war crimes, to host the 2013 heads of government meeting.

The criminalisation of sexual orientation remains one of the Commonwealth’s top human rights issues, chiefly because the British were responsible for exporting the laws that criminalised homosexuality around the globe.

Victorian laws criminalising ‘the abominable crime of buggery’ were implemented in the British Empire’s colonies and internationally,  and over half of the countries that continue to criminalise sexual orientation are Commonwealth states.

Recently calls have been made by the Peter Tatchell foundation for an apology from the British government for the imposition of ‘sodomy laws’ in the colonial era. In 1994 the UN Human Rights Committee ruled that these laws, as they were applied in Australia, were completely incompatible with international human rights law, and since then courts in India, Fiji and Cyprus have ruled that criminalising sexual orientation is a human rights violation.

In 2009 Chris Bryant, then an FCO minister, said that it was the Government’s policy to promote decriminalisation in the Commonwealth, but the UK government did not openly push the issue at the 2009 Heads of Government meeting in Trinidad and Tobago – a country where being gay is punishable with up to 25 years in jail.

The government announced recently that they will start withholding bilateral development aid from countries that criminalise sexual orientation, but under current aid plans this likely to only have a marginal impact; for example the UK has already wound down its programme in Cameroon, a county where every month people are arrested on suspicion of homosexuality and where Jean-Claude Mdebe is serving a three year jail term just for sending a text message.

Over 50 African NGOs and gay rights groups have signed a statement condemning the British government’s threat to cut aid, stating that it creates a ‘real risk of a serious backlash against LGBTI people’.

Wider multilateral action is needed and both William Hague and Kevin Rudd, the Australian foreign minister, need to issue a clear statement of condemnation on the criminalisation of sexual orientation in the Commonwealth and back a programme of law reform by the Commonwealth Secretariat in this area.

• Not all gay asylum-seekers sent back to face persecution – Paul Canning, May 24th 2010