Carl Packman reviews Rowenna Davis' new book on Glasman and Blue Labour, and finds that the politics behind the damaged goods remain of importance. 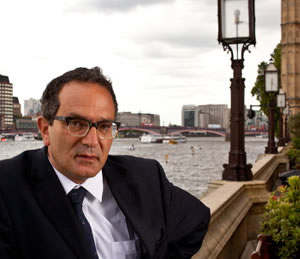 Underneath every shadowed figure, of which a media frenzy has been writ large, there is a story, and for nobody is this more true than with Lord (Maurice) Glasman – the story of whose has been revealed, warts and all, by journalist and councillor Rowenna Davis, in a new book reviewed here by Carl Packman

The rags to riches tale, more often told about heroes than villains, is too understated to be properly applicable to Glasman. Only a little time before becoming ennobled – seemingly as a favour by the current leader of the Labour party Ed Miliband – Glasman’s wife had tried and subsequently failed to bag a job at a local supermarket to make ends meet – now projects led by Glasman receive considerable sums in donations.

The set of ideas Glasman has been focal in authoring, to find the red soul, has been called Blue Labour. The “Blue” brand, obviously contentious, obviously controversial, has enjoyed less toxicity than it tends to have today. But the ideas still resonate.

On discussing the e-book “bible” for Blue Labour, The Labour tradition and the politics of paradox, a contributor and comrade of Glasman, John Rutherford, is cited by Davis as telling fellow contributor Stuart White:

Judging by a closer historicity of Blue Labour, as proposed by Glasman through his political ideas and – as importantly – his own lived experience, to suggest a “radical conservatism” here might be to miss the point slightly. Certainly there is a conservative core to Glasman’s work, but if anything it is the antithesis of radical. It’s a sobering, reflective conservatism indeed.

As for whether it is blue (which, remember, denotes not conservatism but the British Conservative party), would we not have to conveniently forget that what defines the Tory party, particularly today under the leadership efforts of David Cameron, is liberalism – something already considered by Glasman, notably in his cutting and sardonic opening line:

Vital to Glasman’s work is democracy, something he perceives as lacking in today’s politics.

“London,” he says in his characteristically bombastic tone, “has the structure of a shantytown”. For the 7 million inhabitants of London, he would bemoan, there is a handful of elected representatives which uncontroversially depicts a functioning democracy. This term, the friend of all political ideologies today, suggests a very unexciting, very depressing top-down managerialism which mirrors the state of the wider UK political field.

Indeed in another burst of Glasman-esque counter-intuition, he blames the unceasing trend of quasi-authoritarianism inside the Labour camp, and society in general, on the post-1945 consensus that the welfare state, in order to exist, must replace the community organisational politics of old.

As Davis in this volume is keen to point out, Glasman is not, thus, anti-welfare, or anti-NHS, as many of his critics have accused him of being – rather, he claims that the death of the community had many culprits, from left and right.

Part of the collateral damage from the death of the community is relationships and relational politics. In his chapter in the Labour tradition… Glasman uses the figures Mum and Dad in an analogy to characterise the division of political priorities– no surprises then to find that his own Mother informed his political outlook, to the extent that it almost appears as though she is working through Glasman.

The French psychoanalyst Jacques Lacan used a term to denote the fetishisation of times and objects lost through the ages: ‘le narcissisme de la chose perdue’. But the appeal to relational politics is not a product of his own narcissism, but his Mother’s “lost thing”, returned through Glasman, as that which has hitherto been politically repressed.

Another category lost to which Glasman appeals is “familiarity”.

Seemingly odd as a political category, it is in actual fact a wide reaching weapon with many enemies in sight – some particularly familiar in the New Labour camp. Inherent to the ideology of metropolitan liberalism is the appeal to make the sacred into the profane, and the local a kind of through-road to the commercial, plastic and value-free.

Tony Blair began life as Labour leader as an ethical socialist of sorts, and this even characterised third way for a while, trying intriguing ways of incorporating the masses into an organised system.

Somewhere during his terms things changed; he didn’t necessarily shift to the political right, so much as see worth in striving for the constant newness of the politics of spectacle – what Glasman would dismiss as the campaign for constant, unfettered, progressivism.

Such progressive politics knows from where it departs, but leads nowhere, or into the abyss. For Glasman, this took on a unique significance as Glasman’s Mother died of “progressive supranuclear palsy,” and as Davis so elequently portrays it in her book, when she passed, with death she took any soul remaining in the party. The challenge for Glasman became so obvious.

What we get from Davis’ fantastic book is an introduction to the world of a man who has been thrown into the surgical room of a party with a great, Blair-shaped hole in its body. In its heart is the appeal to people, to community, to reciprocation, but since New Labour it has been leading from the belly of the beast, and its head is no longer screwed on properly.

Glasman clearly had his own preferences for who he felt should lead Labour from the heart again, but for many Blue Labour as a brand is already damaged goods – owing to it’s links to Glasman’s less palatable press interviews – but the ideas behind remain of importance.

Furthermore, reading everything from the Purple Book to the Red Book,we are all Tawneyites now!

Glasman’s is an unfinished project, and to understand it we must read beyond the headlines. There’s no better book from which to start than Rowenna’s.

• Community ownership must be the focus of Miliband’s Labour – Richard Carr, September 25th 2011

12 Responses to “Tangled Up In Blue: A straightforward profile of a confusing man”