Ken Macintosh argues Scotland needs to get its infrastructure in order to send out a clear message it’s a good country to do business in. 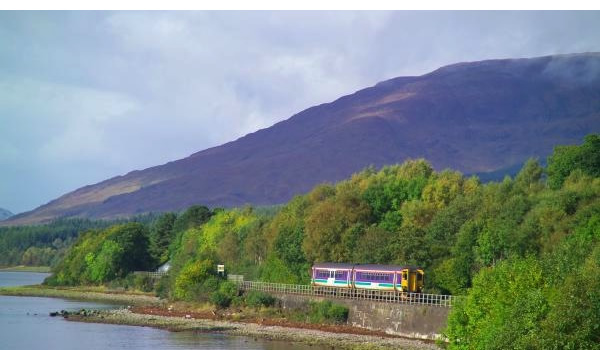 Ken Macintosh MSP (Labour, Eastwood) is a candidate for the leadership of Scottish Labour

Edinburgh Airport was put up for sale last week. Its operation is of vital importance to the Scottish economy yet its ownership is likely to pass from one unaccountable private company to another with little heed paid to our needs or wishes other than as they affect future profitability. I believe it is time for the public to take a greater interest in who owns, operates and runs so-called public transport here in Scotland.

The privatisation of our rail system is widely accepted now as one of the most ill-conceived, ineffective and impractical decisions of the Conservative administration of the 1980s. The decision to create a fragmented series of operating companies was supposedly taken to promote competition but has simply produced a frustratingly complex and expensive rail system across the UK completely lacking in transparency and accountability.

Meanwhile, we tax the paying public, pay millions of pounds in subsidies to the shareholders of private companies for the dubious privilege of paying exorbitant prices to travel on a disjointed national network.

The Scottish government set aside £300m for the ScotRail franchise in the 2011/12 budget and the annual payout will jump to over half a billion pounds by 2013/14. At the next opportunity this franchise should be taken back into public ownership to be run by a mutual or other not-for-profit operation.

Not only will that improve accountability and our ability as a country to plan public transport strategically, it would save millions either for the tax payer, the commuter or most probably both.

We should also begin to implement the integrated public transport system we have so often talked about and which is so important to a successful modern economy.

In parallel with our action on rail we should be taking steps to regulate our bus services. I am always struck by the number of people who come to see me about unhelpful changes to bus timetables or the removal of services altogether and who believe our buses are still owned by “the corporation”.

We pay millions more to support free bus travel for older people – one of the best moves a Labour administration in Scotland ever made – and further direct payments to support routes which the public want, but which the bus companies decide are not profitable enough.

At the very least we need to get a better return for our investment and more control over where and when our buses run. With an integrated system we could make progress on such simple proposals as through ticketing which has been talked about now for decades with little progress. More importantly we could provide services that meet our needs, help the economy and maybe even make a difference in helping us reach our climate change and emissions targets.

As for Scotland’s airports, they are essential for our economic competitiveness and crucial to the experience of so many visitors to our country, yet they seem to operate with little or no public accountability and with little in the way of public support.

We need to send out a clear message that Scotland is a good country to do business in, but I doubt that was what people heard when the SNP cancelled the Route Development Fund and both the Edinburgh and Glasgow airport rail links.