Peter Hain has called for better resources for mine rescue services after saying the Swansea Valley Gleision mine disaster highlighted “potentially lethal” flaws. 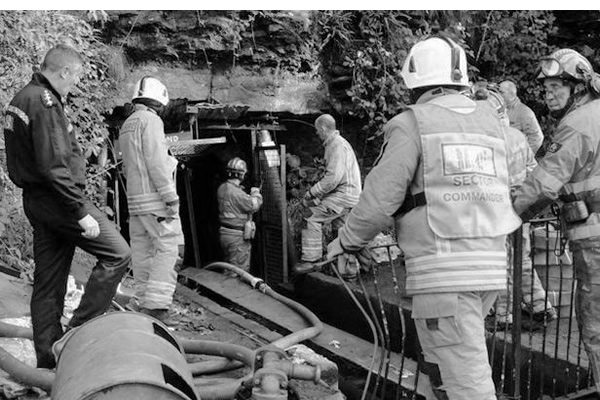 Just weeks after the tragedy, which saw four miners trapped and subsequently killed in the south Wales mine, Hain, the local MP, has drafted a report calling on Theresa May and the government has a whole to consider the resources afforded to the mine rescue services.

“The Gleision mine tragedy identified a potentially lethal flaw in the resourcing of the Mines Rescue Service and the South Wales Police Authority, which the (UK) government needs urgently to address. Otherwise, should there be another tragedy, both the rescue and investigation could be badly compromised: only goodwill prevented that happening at Gleision.

“At a number of stages, in first the rescue attempt and second the investigation, there were disputes about paying bills and the nearby Walters Mining at Aberpergwm did in fact pay a £4,500 bill for diesel fuel for generators to drive the water pumps. Had Walters not stepped in and volunteered to do so (without any certainty of getting their money back) the rescue attempt could have been seriously jeopardised.”

Continuing to outline his concerns the subsequent investigation was hampered by the police and health and safety inspectors being dependent on other mines releasing staff to assist, Hain says:

“In most mines rescue situations, the ’first response’ is made up of a combination of permanent corps staff and mine-based part-time rescue workers.

“This was also the case at Gleision and became even more difficult to manage as the rescue activities passed into the investigation phase when the mines inspector had to phone Walters Mining, Unity Mining and Metal Innovations Ltd to request they release their miners and craftsmen to provide extra rescue assistance.”

1. The government should establish its own review of the lessons of Gleision separate from the investigation conducted by the police and the Crown Prosecution Service;

2. The Mines Rescue Service must be properly resourced and provided with access to the Treasury Reserve so its rescue and investigation duties can be properly and professionally discharged without the chaos and dependence upon local goodwill evident at Gleision;

3. The review should examine and hopefully endorse the case for the Mines Rescue Service to be retained as a stand-free organisation with its own unique skills and statutory functions;

4. The review should also examine the case for the Mines Inspectorate to continue to perform its professional duties, with staff as in the past recruited from coal mining;

5. The outcome of the review of regulations under Professor Löfstedt should be freshly considered in the light of Gleision and the fundamental concerns expressed in this report. Any attempt to water down or merge mines regulations should be resisted.

In his article on Hain’s report, The Guardian’s Steven Morris writes:

A senior police officer involved in the operation also told the Guardian of his surprise when he learned there is no central fund to make sure vital equipment, such as pumps, is available and working.

Chief Superintendent Mark Mathias, said he was “taken aback” that there had been no central fund to draw on. “I didn’t know it was an issue,” he said. “It is a debate that should be had.”

Rhidian Davies, managing director of Aberpergwm Colliery, said there was never any doubt that it would provide men to help with the rescue and the resources to fund it, but it was a scandal that it had to do so:

“It’s shocking. We’ve been saying for years there needs to be a central fund but it falls on deaf ears.”

A spokesman for the Wales Office responded:

“The secretary of state is receiving regular updates as investigations continue into this accident. The Wales Office is working with the relevant Whitehall departments and the emergency services during this ongoing investigation.”