Leading lobbyist Peter Bingle failed to tell the truth, the whole truth, and nothing but the truth in an interview on the World at One yesterday. 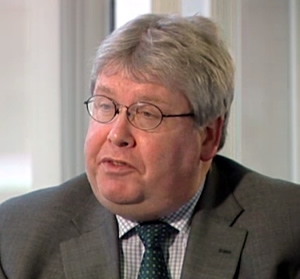 A senior figure in the commercial lobbying industry, Peter Bingle, failed to tell the truth, the whole truth, and nothing but the truth in an interview on the World at One yesterday.

In a discussion on the government’s proposed compulsory register of lobbyists, Bingle, who is chairman of Lord Bell’s firm, Bell Pottinger Public Affairs, was asked if he had been lobbying the government against the statutory register.

“We’ve always led the field in making the industry more transparent. I’ve always believed in that.”

Not quite true. In a Parliamentary inquiry into lobbying in 2009, Bingle was asked by committee member Paul Flynn “if the public has a right to know” who is lining the pockets of lobbyists.

“No, I do not. The public has no right to know who our clients are.”

Some of Bingle’s other statements to Martha Kearney were equally misleading:

“All that a register [of lobbyists] would show is a company’s clients and the person dealing with that client.”

A 2006 filing by the firm on the US’s long-standing register of lobbyists reveals the following:

• The names of the individual lobbyists and whether any of them had passed through the ‘revolving door’ between lobbying and politics;

• The details of the lobbying firm and description of their business, (on this particular filing, the registered address is the same building that houses Bingle’s office);

• The name of the client, its details and description of its business, (in this case the government of Dubai);

• Which officials are being lobbied;

• Both a general description and the specific issues being lobbied on;

• Details of anyone other than the client who is funding the lobbying activity;

• Whether the client is a ‘foreign entity’;

• And last, but most importantly: how much money is being spent by that client on lobbying.

This is what a robust statutory register of lobbyists looks. Imagine what we might know if we had a similar system in the UK.

So, why would Bingle claim a register would only show the names of the lobbyists and their clients? Perhaps because that’s all his firm is prepared to reveal here in the UK. And at the moment, under the flimsy system of self-regulation that currently exists, that’s what lobbyists get away with (and then only those that choose to opt into self-regulation).

So what’s stopping the UK from having a statutory register of lobbyists?

“The real problem [with a statutory register] is how to define who a lobbyist is. The drafting of this would be very difficult.”

Sounds complicated. Here’s an idea though: we could use one of the tried and tested definitions that is in use in one of the many countries around the world that has been successfully operating a compulsory register of lobbyists for some years, starting with the US or Canada.

Finally, Bingle when asked again whether he had been lobbying the government over the register, replied “no”. Given his previous, who knows how true that statement is…

47 Responses to “Exposed: The lobbyist who said “the public has no right to know who our clients are””