Young Fabians chair Adrian Prandle writes about the need for young people, who have been amongst the worst hit by the coalition's policies, to become active. 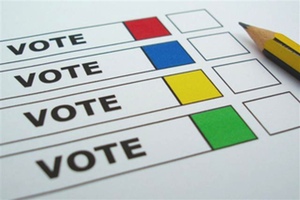 Adrian Prandle is the chair of the Young Fabians

As was pointed out on this blog after PMQs last week, young people are amongst the hardest hit by current government policies, and the response of David Cameron (and colleagues) is distant and arrogant to say the least. It is without a doubt time to hit back, and what better time than party conference season?

The Young Fabians has been arguing all year for the need for cross-generational support to fight for the futures of the ‘squeezed youth’.

Even without considering young people’s short-term housing problems and their long-term pensions insecurity, the government hypocrisy that creates and excuses the horrific cocktail of record youth unemployment, extortionate university fees, abolition of EMA, and the decimation of a useful careers advice service is shameful and should be countered.

But what can young people do themselves?

Being cynical, whilst 18-24s are being out-voted by over-65s by as much as they were in 2010 (44% turnout compared with 76%), it is not that surprising their difficulties are not the problems first solved by politicians. Those on the left of all ages should be fighting to improve the lives of young people, and they should be encouraging them to participate in politics.

Government could make this easier by lowering the voting age. . When speaking on a panel for Scouts Question Time in Leeds back in June I think the smart and engaged teenagers were pleased by my one word answer to whether the voting age should come down: yes; I got a much more amused response during a recent local Fabian Society speech, however, when I suggested age 16 wasn’t low enough.

As party conference season focuses journalists’ – and, in turn, public – attention on politics, young people should be encouraged by the different routes into political activism. One such option is to join the Young Fabians, a centre-left membership organisation for under-31s, but also the only think tank run by and for young people.

The Young Fabians develops policy ideas through seminars, member policy groups, pamphlets, a quarterly magazine, and the YF blog (fast making ground on Left Foot Forward!). You can learn from fellow members, or through skills workshops. International delegations have included trips to the Obama campaign in 2008, and just this month to Israel and Palestine for high-level political meetings ahead of the UN statehood bid.

The organisation is thriving with record membership and there is also a dedicated section for female members, Young Fabian Women. It is as much for those new to politics as those seeking to develop a professional network.

At the heart of the Young Fabian mission during the last year has been a commitment to increase member activism, from simple participation through to organising their own activities for fellow members, cultivating a new generation of thinkers and doers – the thinkers and doers needed not just by the left, but the whole of Britain.

If you’re over 31, or already a member, why not ask a friend to join? All are welcome at the Young Fabians’ events in Liverpool during conference.

• Universal children’s services must be part of the state’s duty to families – Andrew Harrop, September 22nd 2011

3 Responses to “Young, vulnerable, but politically curious – a time for thinkers and doers”