With the eurozone engulfed in a semi-permanent state of crisis, Ann Pettifor outlines five steps the global Left can take towards a Plan B. 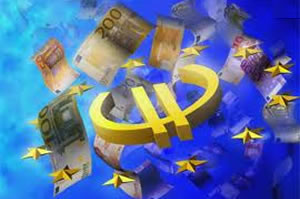 The dramatic resignation on Friday of Jürgen Stark, architect of Europe’s equivalent of the Gold Standard – the Growth and Stability Pact – marks an important step in the resistance to bailouts by the ECB; in the inevitable collapse of the Maastricht Pact, and with it, the utopian vision of the neoliberal euro.

And so the age of liberalised, de-regulated finance appears to be over – at least in Europe.

That is the conclusion of investors in both Wall St. and the City of London and explains the collapse of confidence in banks and the volatility of stock markets as investors rush for the exits, transferring speculative gains into the safety of government bonds.

The Growth and Stability Pact was, and is, repeatedly flouted by Greece and other eurozone countries – even by Germany under Gerhard Schröder.  The ECB, led by Jean-Claude Trichet, is also obliged to flout its terms, causing the resignation of not just Mr Stark, but also Germany’s Axel Weber.

This resistance represents a Polanyian counter-movement – however weak – which defies orthodox economists, central bankers and Haute Finance. Europeans resist further private sector bailouts; and refuse to march like lemmings to their own destruction across cliffs of unemployment, deflation and social unrest.

The eurozone and its economic framework were designed as a financial ‘straitjacket’, to undermine the sovereignty of Europe’s elected governments, to transfer power over financial and therefore economic policy to unaccountable central bankers – powers then enforced by ‘the invisible hand’, international speculators on foreign exchange and financial markets.

It was also, its protagonists argued, designed to ensure peace across Europe. But so utopian is the vision of liberalised, unaccountable finance, that it has achieved the very reverse: the divergence, not convergence, of European economies; sovereign insolvency; bank failures; rising unemployment; the degradation of public services; and with it the intensification of tensions and conflict across Europe.

Regrettably we have been here before. The very same policies – and liberal finance model – were tried in the 1930s, under the Gold Standard. By 1933 their failure was complete, challenged effectively by both Karl Polanyi and John Maynard Keynes, who was then responsible for outlining and implementing a ‘Plan B’ – one which endured until overturned by neoliberals in the late 1960s and early 1970s.

So as we witness the death throes of this second experiment in liberal finance, what is today’s progressive alternative? What is the left’s Plan B?

The failure of the left to pose an alternative to liberal finance was striking both before, during and after the 2007-9 financial crisis. In the wake of the greatest financial catastrophe of our lifetimes, the loudest complaints were aimed at bankers’ bonuses, and at the failure of rich elites to pay taxes.

The Institute of Fiscal Studies has tried to turn this into a debate about the mal-distribution of wealth.

But while these are important issues, they do not touch on the structural injustice of a liberalised financial system that is capable of wrecking the global economy; denies economic sovereignty to democratic states, and that stratifies the polarisation of wealth between rich and poor.

Nor does the debate on bonuses or the addition of taxes structurally alter the role of Haute Finance as ‘stupid master’ (to quote Labour’s Employment manifesto of 1944) as opposed to ‘servant’ of the real economy.

So what should the left’s macro-economic Plan B look like? Clearly it will have to embrace both monetary and fiscal policy, with monetary policy more important in the long-run. However, fiscal expansion is needed immediately to deal with the collapse of employment and private sector activity.

The first element of any plan must be the careful and coordinated sequencing of both quantitative easing and fiscal expansion.

This will involve the financing of a programme of public works expenditures designed not just for socially and ecologically essential projects, but also to stimulate private economic activity.

Next, it will be essential to manage in an orderly fashion the massive write-off or ‘re-structuring’ of unpayable debts – to  replace the current disorder of random de-leveraging by sovereigns, corporations, households and individuals. Many of these debts are phantom debts, and cannot ever be repaid. That reality must be faced.

The third element should be the introduction by sovereign states of capital controls over the mobility of finance across borders, to strengthen democratic, accountable policy-making. In the words of Brazil’s President Rousseff, governments must protect their internal markets.

The form these controls take will depend on local conditions and circumstances, and should be agreed by elected representatives of democratic states, with central bankers acting in the interests of domestic economies, not the proverbial ‘gnomes of Zurich’.

Fourteen countries already impose capital controls, including China and Iceland; but each week new reports appear. The most recent is Indonesia which will require companies to repatriate about $33bn of foreign currency earned each year on exports (FT 9 September, 2011).

Fourth, central bankers, while regulating the creation of credit by private bankers to ensure loans are repayable, should also seek to bring down interest rates across the spectrum of lending: for safe and risky loans, short and long-term loans. Adam Posen’s recent proposal for a public bank that would make cheap loans available to SMEs should be given serious consideration.  In other words, the rule should be ‘tight but cheap’ money.

Fifth, governments and central banks should be mandated to promote full employment and sustainable, localised economic activity, supporting the domestic economy – not a globalised financial elite.

For just as employment makes things affordable for individuals and households so full employment will make things – including the transformation of the economy away from fossil fuels – affordable for government.

“Look after employment” as Keynes argued, “and the budget will look after itself.”

Add to the above, terms and conditions for banks bailed out by taxpayers; and a reformed taxation system and you have a coherent and plausible Plan B. Correct me if I am wrong, but so far it seems the most comprehensive one on the table.

24 Responses to “The euro lurches towards the abyss – but does the Left have a Plan B?”