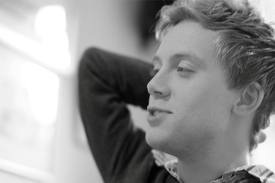 Left Foot Forward is currently taking nominations for its Most Influential Left-Wing Thinker of  2010/11. We will accept nominations until Monday 5th September, compile a shortlist by Monday 12th September, and hold voting until Friday 7th October. We welcome articles of 200-500 words, such as this one, explaining why you feel your nomination(s) should be considered. Please email nominations and/or articles to [email protected]

By Olly Parker and Natan Doron of the Fabian Society

As well as publishing his first book, ‘Chavs, The Demonization of The Working Class’, Owen Jones has made an impressive contribution in bringing issues of inequality back to the discussion and debate which surround the future of, not just the Labour movement, but of the left more generally.

Consistently seen on TV, heard on the radio and read all over different blog spaces, Owen has intelligently and articulately argued the case that New Labour failed to address the politics of inequality, using the debate around the word ‘chav’ to illustrate how modern Britain continues to be led by its attitudes and responses to class.

Owen has managed re-launch the debate around class and inequality by finding new and accessible ways to make arguments that Labour thinkers have been making for years. He has also challenged the establishment by holding up a mirror to the way different people from different parts of the country are treated by the media and political elite in this country.

As well as all this, Owen has often managed to argue a traditional hard-left point of view without coming across as completely mad. The media love to drop your archetypal “mad lefty” – or indeed “mad right-winger” – into TV debates for the sake of entertainment. Owen has not played up to this but has instead sensibly made arguments that the public can understand and relate to.

In his discussion on pensions he challenged the Government’s intention to drive down the value of public sector pensions. Owen took the positive view that the Government should instead seek to strengthen private sector provision, levelling up instead of levelling down. In doing so he built a platform which other more moderate left voices could use to make their voice heard in the public space.

We initially feared that his views were being argued too sensibly to make him a candidate for mainstream news channels ‘mad lefty’ challenges ‘Swivel-Eyed Tory’ slot. Luckily this doesn’t seem to be the case and so far weekly mainstream TV appearances have led to a vigorous Twitter debate surrounding how old he looks (for the record the authors of this piece place him at around seventeen). The more we have of people like Owen discussing politics on TV, the better off and more constructive political discourse in this country will be.

As a final point, Owen is not an MP, does not sit in the house of Lords and does not currently seek political office or an advisory role. He is contributing to the debate for the sake of the ideas themselves. Whilst we do not agree fully with his political position or all of the points he argues, we feel he deserves recognition for his contribution to what is a very healthy discussion around class and inequality.

20 Responses to “Nomination for most influential left-wing thinker of 2010/11: Owen Jones”