Despite a record low for government bonds, the treasury refuses to release the purse strings, condemning us to a 'paradox of thrift' 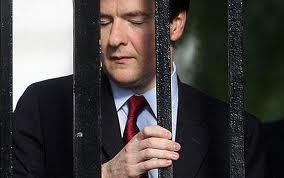 “Give me a one-armed economist” Harry S. Truman.

Whether Greek bond are at record high yields of 18%, or UK government bonds at record lows (today) of 2.65%, the one-armed economist in the Treasury’s advice is “cut government spending”.

This is really very poor economics. When government bonds are yielding 18%, then the market doesn’t want the government to spend.  But when government yields go to record low levels, it means that funds that would normally be put towards investment are now being saved, surely the market is saying “here you, take some and invest it for us”?

The cost of capital for most corporations is about 8-12%, yet globally corporations are saving $2 trillion.  Most of this money is being put in what they regard as the safest asset around, i.e. government bonds.

What investing in government bonds at under 3% reveals is a collective mentality in our corporate sector that for the moment they are so risk-averse that they’re worried about return of capital rather than return on capital.  Needless to say, this is not a good place for an economy to remain for any long period of time – just look at Japan.

I admit the political economy is strange: why should the corporate sector be such a big buyer of government bonds?  The corporate sector globally has been so vocal on cutting government spending: the US Chamber of Commerce  spent record amounts in the congressional mid-terms for state-slaying candidates.

However, as the private sector is always fond of saying – I’m not interested in what you say, I’m interested in where you’re putting your money. While individually they might be lobbying for the GOP, or donating to the Conservative party, they’ve lending trillions to governments at sub-3% interest rates (Germany: 2.31%; US: 2.42% and UK: 2.65% all for 10 years).

In the view of the Treasury, these savings will force investment.  The causality goes as follows: really low interest rate will leave money burning in corporation’s pockets and they’ll go spend it on investment. This would be the case if it weren’t corporates who were doing the saving.  The saving by corporates is actually forcing borrowing by the government.  In the tautological world of macro equations, if the government then doesn’t invest this but instead also tries to save, demand will fall and borrowing rise.  The tautology manifests as the “paradox of thrift”. As someone once said: “When the facts change, I change my view”.

If government bond yields were at 5%, the level of gilt yields for the past decade, that would be a sign of corporates continuing to invest.  At record low yields I’m afraid we’re in a different scenario.

The IMF recently surveyed the returns to public investment in the OECD, applying those results to our situation, a £25 billion investment project could raise growth by 1.4 percentage points.  That might be enough to pull us out of this mire.

When the cost of borrowing for the government is at negative real yields, only a defunct economist would persist in a Manichean view that all public investment is bad.

26 Responses to “Markets are telling Osborne to increase spending”