A large majority of the general public - and a slim majority of Tory voters, do not want to see the size of the state shrink and cuts to be reversed at some point 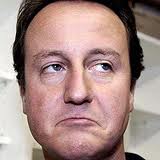 New poll data from http://www.yougov.polis.cam.ac.uk/ show that two-thirds of the public believe that the Coalition’s spending cuts should only be temporary, with just a fifth thinking they should be permanent.

Over the last year, polls have sought to gauge public opinion by asking people about ‘the cuts’ – are they fair or unfair, necessary or unnecessary? But, of course, ‘the cuts’ mean different things depending on whether you think they are temporary belt-tightening to reduce the deficit or  an ideological attempt to roll back the state for good.

Last summer David Cameron came clean that – for the Tories – these cuts are permanent:

“Should we cut things now and go back later and try and restore them? I think we should be trying to avoid that approach.”

This should come as no surprise, given the ideological ambitions he expressed as opposition leader: as he told the CBI, long before the financial crisis hit:

“what really matters is reducing the share of the national income taken by the state”.

So we thought it was time to ask the public about it. And the results are not good for Cameron. Of all those expressing an opinion, 69% want the cuts to be temporary and think that “the Government should increase spending on public services again when the public finances are in better shape”, while just 22% want the cuts to be permanent and think that “the Government should look to reduce its role for the long term” (a further 9% opt for neither). (Including ‘don’t knows’, the figures are: 64% temporary, 20% permanent, 8% neither, 8% don’t know.) This is a huge rejection of the Tories’ Thatcherite, state-shrinking ideology. 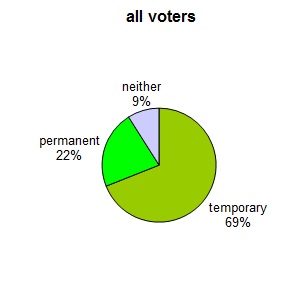 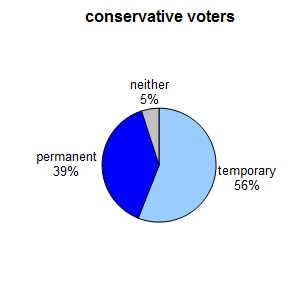 As I comment in today’s Independent, it’s been perhaps the best-kept secret of the last 30 years that that around half of Tory voters are fundamentally un-Thatcherite about the state – deeply attached to public services and fiercely protective of their social entitlements.

These voters – who I like to call Daily Mail Collectivists – offer Ed Miliband a real chance to win the next election if Labour can make them a convincing offer on public services and social security, since a Conservative government focused on shrinking the state will always struggle here. Over the next few months, the Fabian Society will be looking in more detail at this interesting group of voters and the electoral vulnerability they create for the Conservatives.

The polling, analysed in detail in the latest issue of the Fabian Review, was part of a huge survey of the UK conducted by YouGov in May 2011, which included some key questions to explore attitudes to the state, tax and spending. For more details, visit the Fabian Society website and [email protected]

75 Responses to “Even Tory voters want cuts to be temporary”