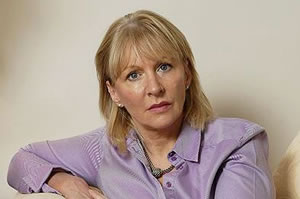 Abortion is once again centre-stage in our domestic politics, by virtue of anti-abortion MPs and campaigners seeking to change the law on counselling for women considering a termination – most shockingly of all, without a vote in Parliament.

The likes of right-winger Nadine Dorries claim they are only seeking that anti-abortion faith-linked groups be permitted to “counsel” women – yet we need only look to the US to see where this road may end up.

In Texas, Republican Governor and presidential candidate Rick Perry legislated that women seeking an abortion should be forced to view a sonogram and listen to the heartbeat of the foetus – a law temporarily blocked by a federal judge this week.

“The Act compels physicians to advance an ideological agenda with which they may not agree, regardless of any medical necessity, and irrespective of whether the pregnant women wish to listen.”

The law, if the state were to later prevail in court, would require that a sonogram viewing take place 24 hours before an abortion, or two hours before the procedure for women who live over 100 miles from the abortion clinic…

Sparks, an Austin-based federal judge for the Western District of Texas, also took a dim view of a provision that would force women pregnant from rape or incest to certify that in writing if they do not wish to hear a doctor’s explanation of the sonogram images.

“The Court need not belabor the obvious by explaining why, for instance, women who are pregnant as a result of sexual assault or incest may not wish to certify that fact in writing, particularly if they are too afraid of retaliation to even report the matter to police,” Sparks wrote.

Several US states have enacted legislation this year to restrict abortion rights, including bans on late term abortions or moves to cut state funds to health providers that perform the procedure. The Bills have been passed by Republican-majority legislatures following November’s US Mid Terms.

In Mississippi, meanwhile, a woman who became pregnant at age 15 but lost the baby in a stillbirth 36 weeks’ in, has been charged with murder – though as Ed Pilkington writes in the Guardian, this case is far from a one-off:

[Rennie] Gibbs is the first woman in Mississippi to be charged with murder relating to the loss of her unborn baby. But her case is by no means isolated. Across the US more and more prosecutions are being brought that seek to turn pregnant women into criminals.

In Alabama at least 40 cases have been brought under the state’s “chemical endangerment” law. Introduced in 2006, the statute was designed to protect children whose parents were cooking methamphetamine in the home and thus putting their children at risk from inhaling the fumes.

Amanda Kimbrough is one of the women who have been ensnared as a result of the law being applied in a wholly different way. During her pregnancy her foetus was diagnosed with possible Down’s syndrome and doctors suggested she consider a termination, which Kimbrough declined as she is not in favour of abortion.

The baby was delivered by caesarean section prematurely in April 2008 and died 19 minutes after birth. Six months later Kimbrough was arrested at home and charged with “chemical endangerment” of her unborn child on the grounds that she had taken drugs during the pregnancy – a claim she has denied…

Women’s rights campaigners see the creeping criminalisation of pregnant women as a new front in the culture wars over abortion, in which conservative prosecutors are chipping away at hard-won freedoms by stretching protection laws to include foetuses, in some cases from the day of conception.

In Gibbs’ case defence lawyers have argued before Mississippi’s highest court that her prosecution makes no sense.

Think such horrors couldn’t be visited here? Think again. Dorries is a massive fan of the Tea Party and Republican hard-right, thinks Sarah Palin is “amazing” and “totally” admires her. Don’t think for one second she wouldn’t wish the draconian laws from across the pond to be passed here, with hard won rights further eroded.

34 Responses to “If anti-abortionists have their way on counselling, what will they demand next?”