Northerners may not like it, but a debt union is the only way out for the eurozone debt crisis, writes Left Foot Forward's Ben Fox in Brussels. 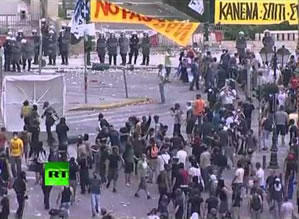 The latest attacks by credit rating agencies on Italy and Ireland should finally focus the minds of EU leaders that it really is ‘make or break’ time for the euro. The crisis is now longer about Greece, Ireland and Portugal. Interest rates on 10-year government bonds in Italy, Spain and France have all increased.

Much as they might like, Europe’s small-c conservative leaders in the Commission and the Council of Ministers cannot kick the can down the road for much longer.

At the start of this week the markets panicked when interest rates on Italian sovereign debt increased to 5.9% for 15 year bonds, their highest levels for more than a decade.

Given that Italy’s debt-to-GDP ratio is, at 120%, smaller only than Greece in the eurozone, and that the Italian government is riven by infighting between Silvio Berlusconi, his finance minister Giulio Tremonti, and his coalition partners the Lega Nord, it is hardly surprising that fears are rising about their creditworthiness.

Spain is also being targeted by the financial markets, with its bonds now priced at 6%, the highest since the euro was created.

Meanwhile, the problems facing the Irish economy deepened when rating agency Moody’s downgraded them to junk status, making Ireland the third EU country – after Greece and Portugal – to have their credit rating notched down to junk status.

This makes it far more likely that Ireland will need a second bailout. Indeed, the Financial Times columnist and economist Wolfgang Munchau has said that both Ireland and Portugal will require further bail-outs.

When we add the growing consensus that Greece will eventually default on part of its debt, it is clear that the debt crisis is getting worse.

The day is rapidly approaching when the eurozone’s leaders will face the inevitable choice: closer political union with common Eurozone bonds and debt issuance and co-ordinated economic policies that go far beyond the inadequate Stability and Growth Pact, or the collapse of the euro.

But the truth is that the political will to take the tough decisions needed to safeguard the eurozone simply does not exist, as is evident by the failure of EU Finance Ministers to agree the terms of the second Greek bail-out agreed at June’s Council summit.

The first, and most obvious, solution is to federalise the debt of the Eurozone economies. Pooling government debt can be done very easily. The European Commission already issues its own bonds using the EU budget as collateral. A system of Eurobonds issued by the European Stability Mechanism, the European Central Bank or another EU agency is legally not that difficult to put in place.

Eurobonds have been strongly resisted by some northern European governments, most notably Germany, on the grounds that it would increase the cost of their debt. This is true, but it is German, French and Benolux banks that have the greatest exposure to sovereign debt in the Eurozone’s weakest countries. These countries, particularly Germany and France, are also the highest contributors to Eurozone bail-outs.

At some point electorates will tire of bail-outs that are expensive and do not work. It is time for their political leaders to be honest about the crisis that is engulfing the eurozone and the political reforms that need to be made to save it.