Blue Labour has been a reawakening for the Labour Party - but it coincides with a yearning for a half-remembered dream and risks alienating the broad centre-left. 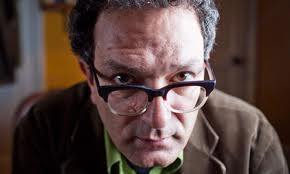 Social democracy and statism have never been synonymous. The capture, by peaceful means, of the architecture of state power has been a key landmark on the parliamentary road to socialism since its inception. However the labour movement emerged from of a groundswell of civic action and a desire for self-determination by individuals, families, communities and workforces, whose political horizons were not fixated simply on the state.

As such, in promoting the ‘Big Society’, David Cameron has cleverly and quite defiantly marched into traditional Labour territory.

Maurice Glasman is therefore right, through his Blue Labour campaign, to reclaim the social and civic space beyond the state for the labour movement. Yet while the moniker ‘Blue Labour’ works as rhetoric – not least as a genial play on ‘Red Toryism’ – and is very tweetable, it is based on a misappropriation of conservatism.

Worse, it suggests that the big society does in fact belong to the Conservatives, therefore rendering Labour the squatter. The Blue Labour campaign encompasses many valuable insights, chiefly its challenge to New Labour’s version of modernity.

As I have argued elsewhere, a profound acceptance of globalisation encouraged New Labour leaders to take a neoliberal approach to society and the economy that often undermined the aspects of life that we value the most.

This is strongly associated with Blue Labour’s powerful depiction of a Labour Party disconnected in organisational terms from the day-to-day realities of its traditional supporters among the working class, and therefore in breach of its duty to engender and embody democracy.

As Anthony Painter reports in Labour’s Future, Blue Labour also speaks to an important turn against the managerial, instrumentalist state among Labour’s base, and towards values such as reciprocity. However, as Stuart White argues in the same volume, the task is not simply to reflect these values but to radicalise them.

Blue Labour’s greatest difficulty lies, however, in its endorsement of conservatism. Given the characterisation of the big society agenda as a smokescreen for cuts and privatisation, Glasman says ‘there is nothing conservative about this government’. Real conservatism, for Blue Labour, is about tradition, defensiveness against undemocratic change, and the valorisation of associative bonds.

While not wholly inaccurate, this understanding omits conservatism’s quintessential commitment to an unequal social order. Roger Scruton, the revered conservative philosopher and son of the working class (and a thinker admired among the Blue Labour ranks) defended inequality in powerful terms in The Meaning of Conservatism.

Conservatives will happily embrace novelty if it reinforces a natural, unequal order; yes, Margaret Thatcher championed the New Right but she was also as conservative as they come. Similarly, David Cameron answered criticism regarding his Eton education during the 2005 Tory leadership contest by joking that he was trying to become leader of the Conservative Party, not the Communist Party.

Clearly, Blue Labour confuses conservatism and conservation. But assuming we could forgive the ideological lapse, is a politics of conservation worth pursuing for the Labour Party?

Jonathan Rutherford has argued that:

“Labour’s historic task is to organise to conserve the good in society… and to nurture it back into existence when, like today, it has been reduced to piecemeal.”

Such statements beg inevitable questions around when the good life existed and how it was determined, and suggest that society can never be better than it has been at some point in the past.

The early forebears of the labour movement in the nineteenth century may have had a more holistic conception (and arguably experience) of the good life than their postwar descendants, and their campaigns may have been about defending a way of life as well as demanding their share of the fruits of modernity.

But what is not in doubt is that their enemies were by and large conservatives – upholding a different vision of what should be preserved or indeed nurtured back into existence – acting in defence of capitalism, just as they had defended feudalism in the face of liberalism a century before.

Home, identity and belonging are very precious things, but they are not simply given or discovered, even at the best of times. Always, they are forged through experience of the real world. The challenge for Labour is not to celebrate the past, but to work with the grain of real life today to build the communities that can give rise to the good life for all.

Blue Labour’s nostalgia trip risks inadvertently contributing to the demonisation of ‘benefit scroungers’ and immigrants, the agents that are often charged by the right with destroying ‘our’ traditional way of life and undermining an exclusively English sense of ‘fair play’.

Blue Labour in fact, joins the pandering to a phoney ‘squeezed middle’ demographic comprised of people who believe they are just as poor and insecure as their parents and grandparents were, only less happily. And it takes at face value the fact of working class conservatism, assuming that Conservative voters in poor areas understand conservatism the way that Blue Labour thinkers do; in fact, there is a strong libertarian streak in working class conservatism which has been largely overlooked.

Glasman is justifiably admired for his work with London Citizens, but the exaltation of London Citizens by Blue Labour is an interesting case in point. London Citizens adopts a defensive posture in many ways, but fundamentally works to bring into modernity, groups that are otherwise excluded from the benefits and possibilities of modern life.

It is not community organising for its own sake, but for the kind of housing, education and employment opportunities that should be available to all in contemporary Britain.

Glasman argues that the Living Wage, for instance, is conservative because it is essentially about enabling family life. This may indeed be one of its main objectives, but by advocating a form of wage-fixing and invoking the principle of equality, the Living Wage agenda uses very progressive means to get there.

The Labour Party would be a more vibrant and effective organisation if local party meetings were to resemble, even slightly, a London Citizens gathering. But ultimately the two are not comparable, and Blue Labour’s take on London Citizens seems to speak to a worrying apolitical attitude within the campaign.

It may be desirable for Labour to do more community organising, but as an organisation committed to acquiring formal political authority, it is by necessity an organisation of political activists. What it means to make ‘public policy’ is changing, and Labour needs to be a lot closer to the communities it wants to represent, but it should not be forgotten that making policy is what parties are for, and that politics – the thing that determines the bearers of policy-making power – is ineradicable.

Blue Labour has been a welcome moment of reawakening for the Labour Party. In many ways it puts both the ‘social’ and the ‘democracy’ back into social democracy, and its key ideas could help Labour to win the argument on the big society. But like most wake-up calls it coincides in time with a yearning for some half-remembered dream, and in its current guise the campaign risks alienating the members of a broad centre-left assemblage that only Labour can lead.