Tory MEPs look set to vote against the 30 per cent emissions reduction target in the European Parliament today - breaking a pledge in the coalition agreement. 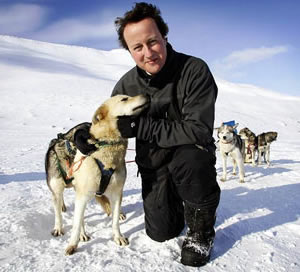 At Prime Minister’s Questions today, shadow climate change minister Luciana Berger asked David Cameron if he would “guarantee that all of his MEPs will honour the coalition agreement and vote for the 30 per cent” emissions reduction target – his response was far from convincing; Martyn Williams, Senior Parliamentary Campaigner at Friends of the Earth, looks at whether those Tory MEPs will deliver

It’s just over a year since the Conservatives and Liberal Democrats announced their Programme for the Coalition Government (pdf). Right at the top of the section on energy and climate change was a promise to:

“…push for the EU to demonstrate leadership in tackling international climate change, including by supporting an increase in the EU emission reduction target to 30% by 2020.”

“Conservatives have consistently supported and strengthened the EU climate change package and resisted the argument that efforts to tackle climate change should be watered down in the light of the global economic downturn.

“Conservative MEPs played a central role in securing agreement on the climate and energy programme in the European Parliament. We are determined to see it implemented without delay so that the EU can meet its targets on emissions and energy generation.”

You have to wonder how Liberal Democrats are feeling today when they read in today’s Guardian that while Chris Huhne pushes the 30% target for all he’s worth, David Cameron is letting his Conservative MEPs vote against the target. It is quite possible, given the arithmetic of the European Parliament, that the target will be defeated as a direct result.

Martin Callanan, leader of the Conservative MEPs, claims this is to support business; “European companies will be unable to compete,” he tells the Guardian – but this conveniently ignores the views of 72 major companies who have come together to call for a 30% target.

So what is going on? Was this always a clever ploy to be seen to be on the right side of the argument in Westminster while scuppering it in Europe? Or are the MEPs just a remnant of the unreconstructed Conservative Party that doesn’t get climate change?

Whichever it is, Cameron needs to act. He spent a lot of yesterday arguing that his decision to make Ken Clarke do a U-turn on prison terms was a show of strength. He has until midday tomorrow to show that strength again – and persuade his own party members to support the programme he signed up to a year ago.

However, there is at least one honourable exception to this MEP bashing – one of the Conservative MEPs for London, Marina Yannakoudakis, will be supporting the 30% target as she has before. Good for her.

7 Responses to “Will Tory MEPs make a mockery of the coalition agreement?”